Vapir Through the Years: A Look Back at One of Vaping’s Pioneers

One of the original pioneers in the world of on the go herb vaping, California-based Vapir Enterprises has stood the course of time and has been manufacturing vaporizers for over 20 years.

Since their establishment in 1997, Vapir has been constantly developing their convection vaping technology to suit a variety of different needs. 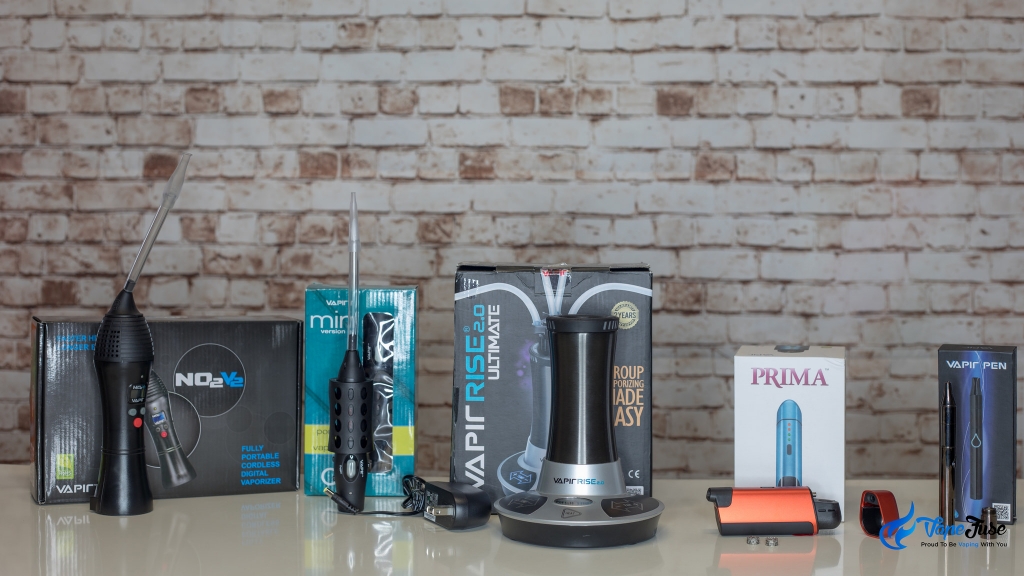 While most of their acclaim comes from their large selection of portable vapes, they also developed the Vapir Rise 2.0; a desktop vaporizer with multi-user capabilities!

Let me walk you through several years of innovation and creativity as I present to you the history of Vapir!

Vapir Through the Years 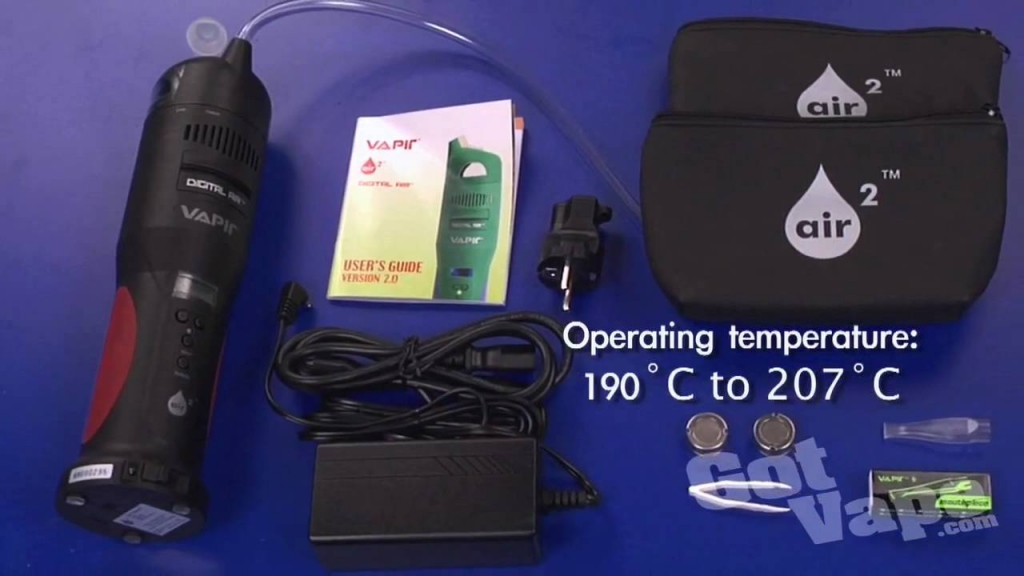 The Vapir AIR-2, or Advanced Inhalation Revolution, first hit the shelves back in 1997. While not entirely portable, it sported an ultra long cable and whip so that you could use the device to vape your herbs without feeling confined.

Funnily enough, many of the accessories pictured above, including the screens, packing tweezers and plastic mouthpiece are still included in Vapir kits today!

The AIR-2 was eventually phased out and replaced with a number of updated versions before production was discontinued entirely. These days, Vapir is currently retailing 5 products; all of which are currently listed in the VapeFuse store. 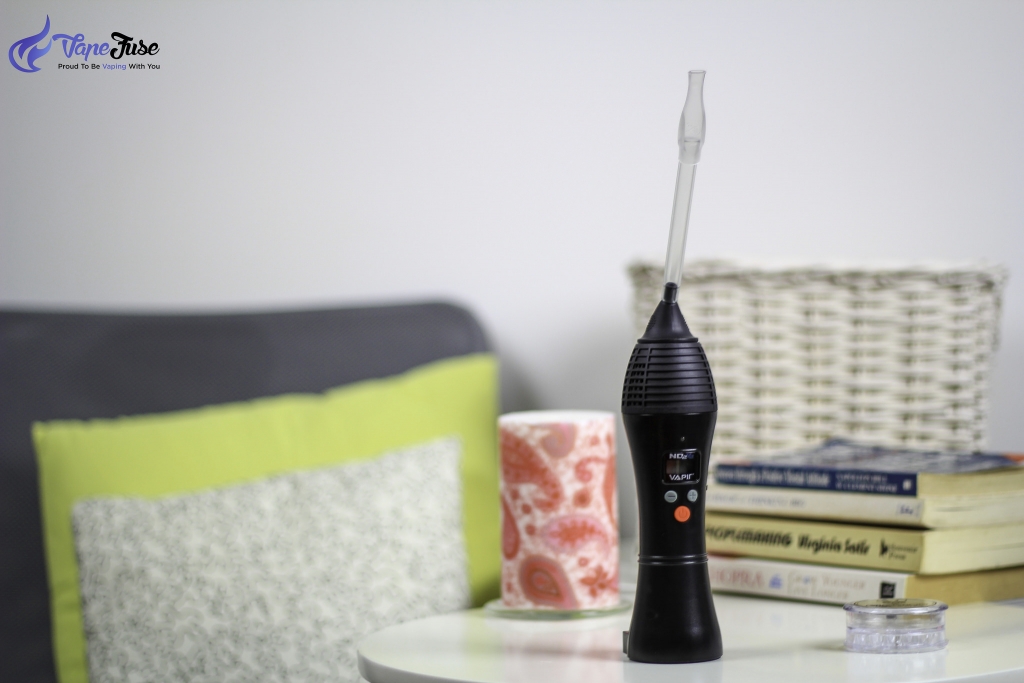 The most resemblant of the original Vapir AIR-2, the NO2 was Vapir’s first totally portable vaporizer and sports a fat Lithium-Ion battery that’s replaceable for additional portability.

The digital interface, whip mouthpiece, and accessory pack are quite similar to the AIR-2, but the vaping technology was improved greatly in the ten years between manufacturing the two.

Vapir’s NO2 portable vape is quite clunky, with discreetness not playing as much of a factor in the design of this device. The vapor path consists of a stainless steel chamber and food grade plastic whip mouthpiece, and the quality of the vapor produced is very decent. 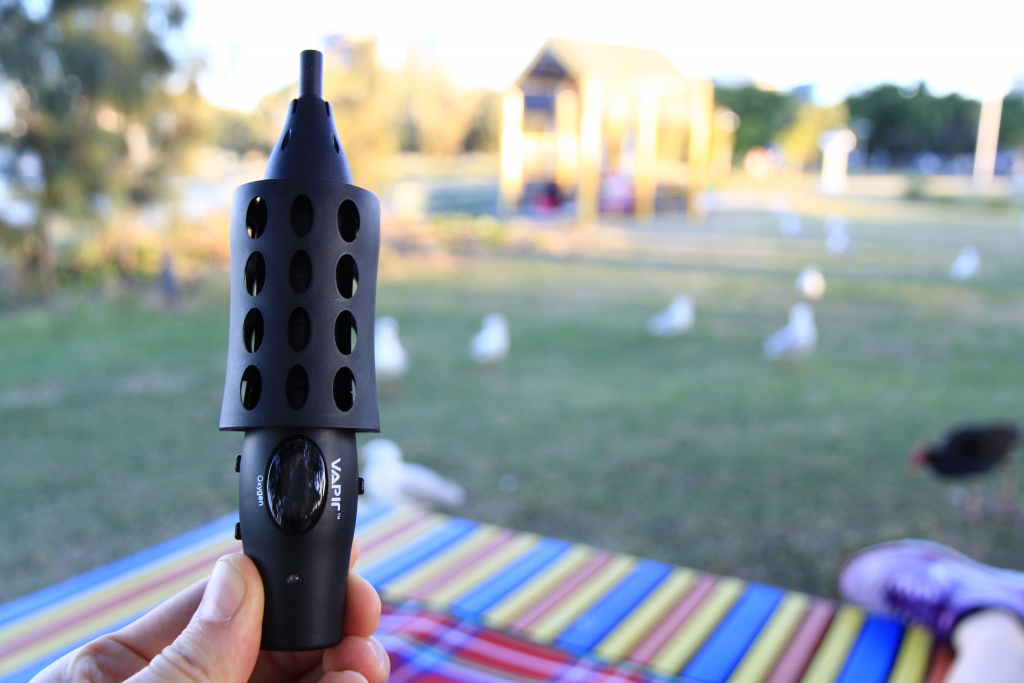 What the Vapir Oxygen Mini lacks in portability, it more than makes up for in vapor production. While appearing to be portable, the Oxygen Mini actually operates via the included wall charger which, like all Vapir desktops, is equipped with an ultra-long cord.

It has a compact design, ultra-lightweight casing and efficient technology with an astoundingly quick heat up time. The vapor quality is very similar to that of the NO2, and utilizes the same food grade plastic whip.

The Vapir Oxygen Mini is the perfect device for someone looking at getting into vaping, and the compact size means you can conceal it easily at the back of any drawer. This is a super affordable vape that’s suitable for beginners and connoisseurs alike. 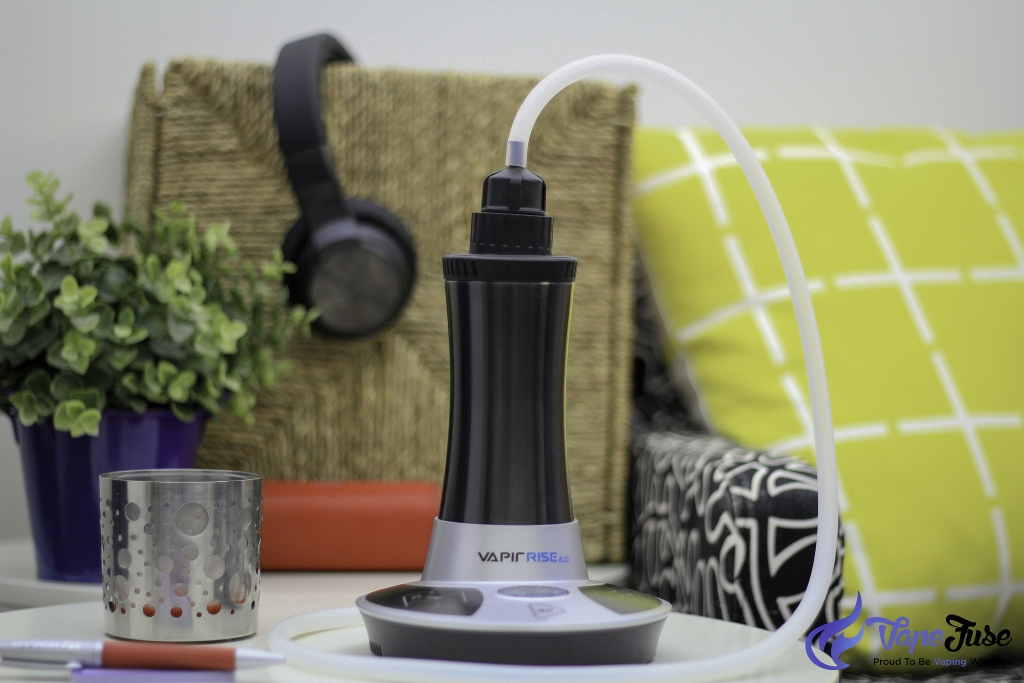 The Rise 2.0 is Vapir’s answer to the desktop vaporizer. Vapir has created an extremely robust desktop with fantastic functionality and vapor quality.

Operating in a very similar style to the Arizer Extreme Q, the Vapir Rise 2.0 gives you the ability to vaporize your herb blend via both balloons and the included whip.

One unique function that’s exclusive to the Vapir Rise line of vaporizers is the multi-whip function. The whip adapter is equipped with three additional nozzles which can be fitted with extra whips so that up to four people can be vaping at once! 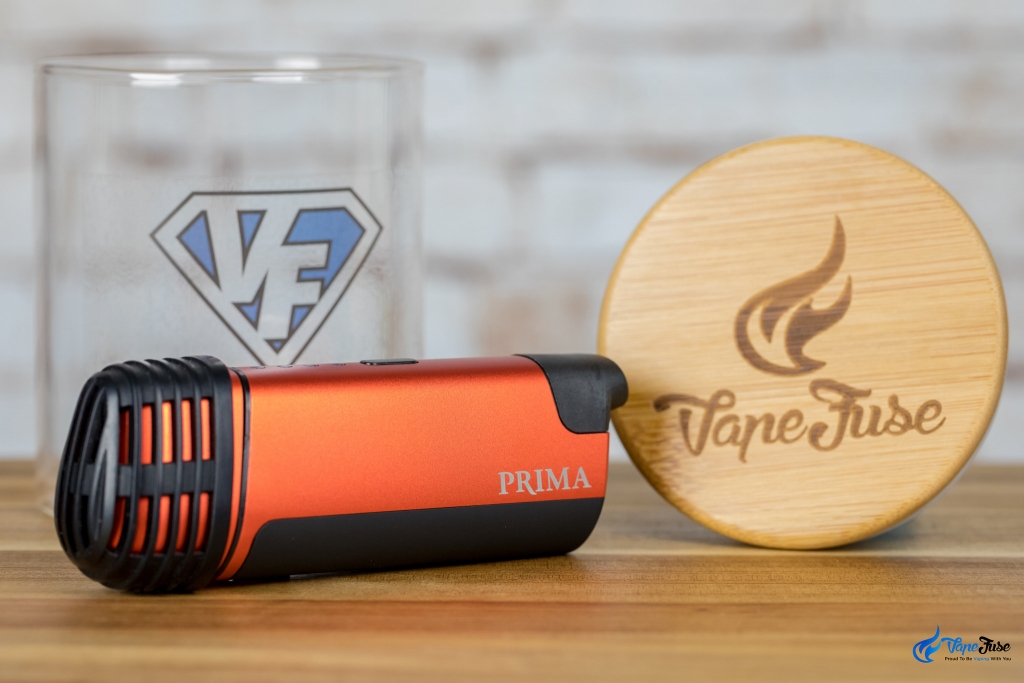 Arguably Vapir’s greatest invention, the Vapir Prima, is an ultra-premium portable vaporizer that competes with the likes of the Arizer Air, Arizer Solo and Storz & Bickel’s Crafty in terms of vapor production and quality.

The palm-sized portable fits ergonomically into your hand and is equipped to vaporize both dry herbs and concentrates via the removable stainless steel liquid pad.

With the Prima, Vapir has brought us the easiest to maintain portable device I’ve come across. The removable stainless steel vapor path, pull-apart mouthpiece and baking chamber are all able to be cleaned back to original condition and are a testament to the device’s longevity. 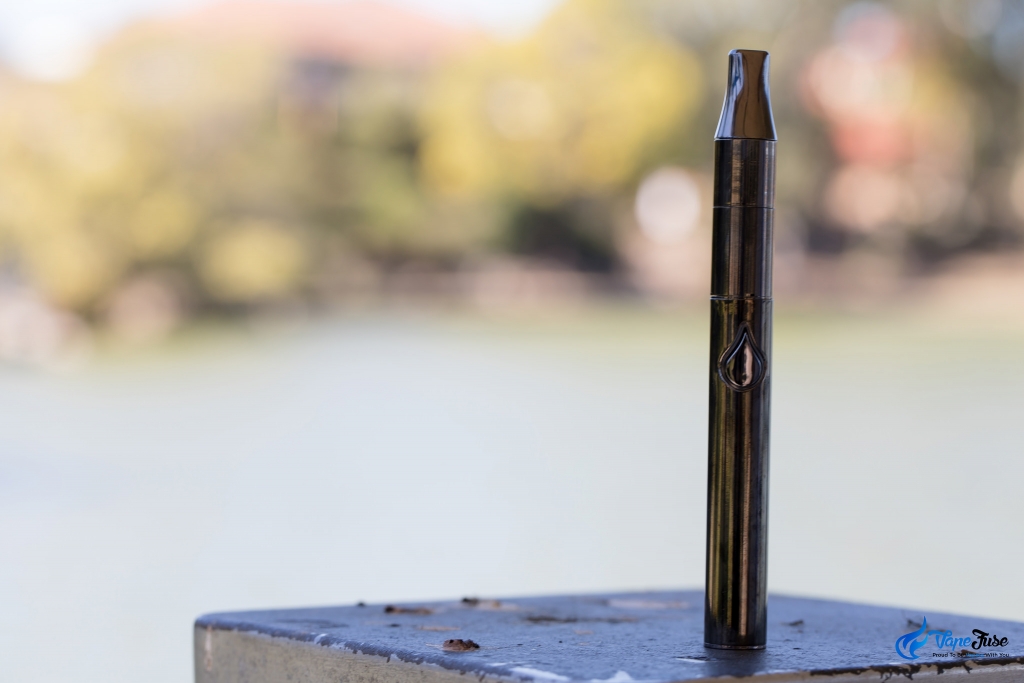 The latest unveiling from Vapir, the Vapir Pen is a dual-atomizer vape pen for all of your waxes and concentrates. It operates via a 510-threaded battery that screws into the bottom of the ceramic donut atomizer or the quartz dual-rod atomizer.

Both atomizers are housed in a ceramic chamber for optimum flavor when vaping are able to effectively vaporize a variety of viscous substances including distillate, shatter, crumble and wax.

Thanks to the 510-thread on the battery, you can also use your Vapir Pen to consume your favorite distillate cartridge, making the pen the go-to for all things concentrated.

Well, there you have it! What a colorful few decades it’s been for Vapir Enterprises. Here’s hoping for plenty more vapes in the future!

In the VapeFuse online store, we stock a whole bunch of Vapir products and accessories, all of which can be found here in the Vapir section.

READ RELATED STORY
Crave Air vs PAX 3: Which One's for You? 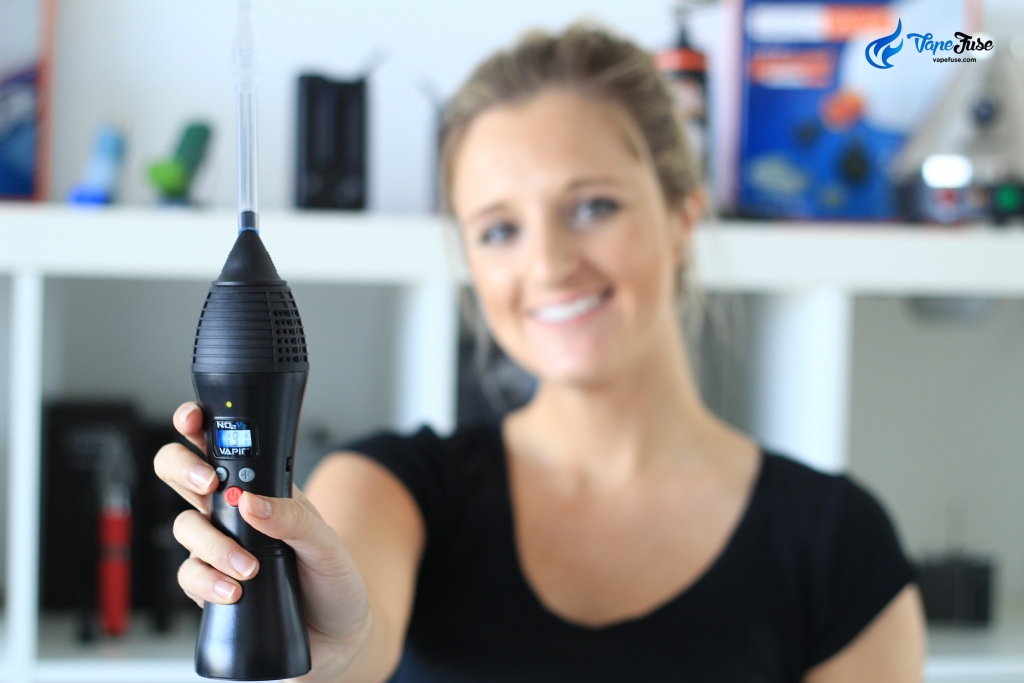 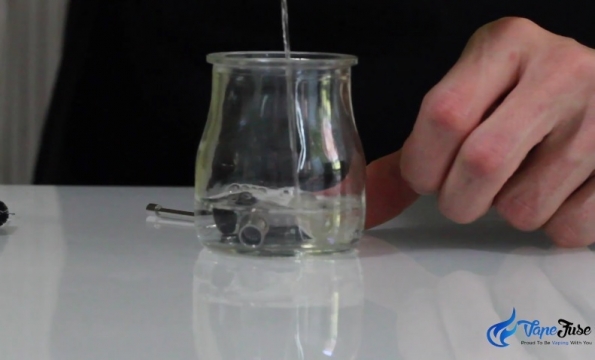 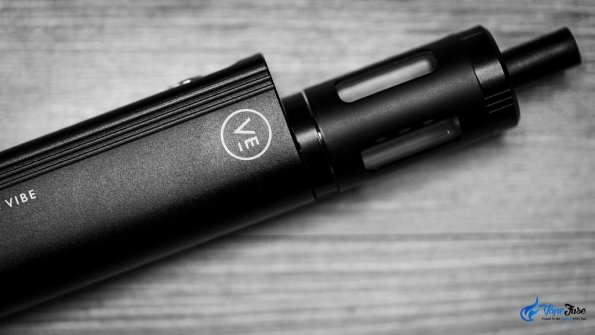