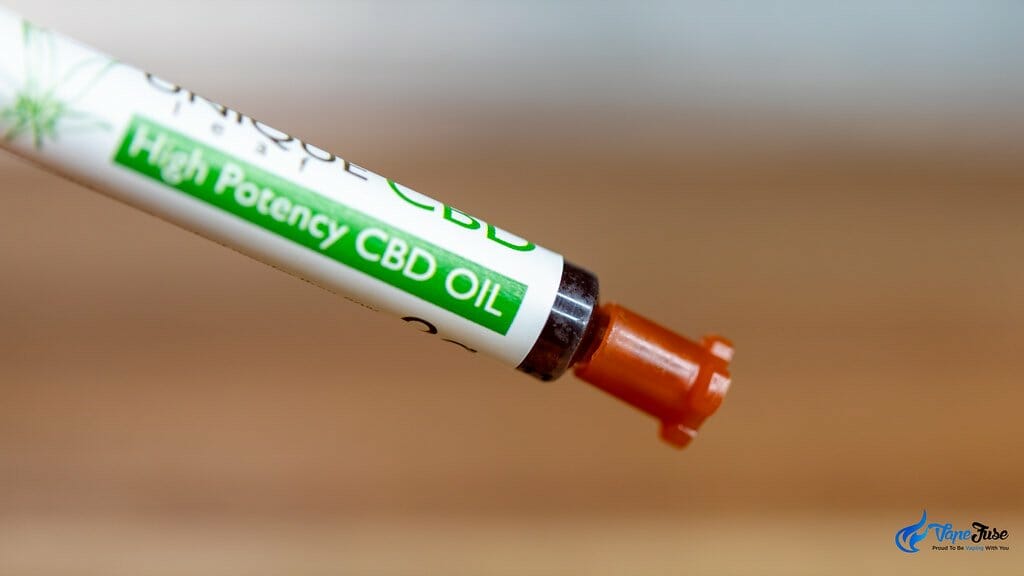 CBD has been used in alternative medicine for centuries, but in recent years its use has been increasingly supported by research. But what exactly is this active ingredient and what are the symptoms that CBD oil can be used for and what are the various ways of taking CBD?

What Diseases Does CBD Help with?

CBD oil is used to treat a variety of ailments. Meanwhile, meaningful research results are available for many diseases. In addition, reports from patients who have used CBD oil for self-medication also play a role.

Hypertension is a widespread disease. More than 80 percent of people in industrial nations have the disease treated with medication. As an alternative to beta-blockers & Co., CBD is increasingly becoming the focus of interest.

In the first laboratory tests with rats, the blood pressure of all animals that received cannabinoid injections dropped. A study by the University of Nottingham with high blood pressure patients confirmed these results.

All patients who received CBD had a significantly lower blood pressure than the placebo group, both at rest and during exercise. The use of CBD oil also prevents secondary hypertension diseases such as arterial constriction and stroke, due to the anti-inflammatory effect of cannabinoid. 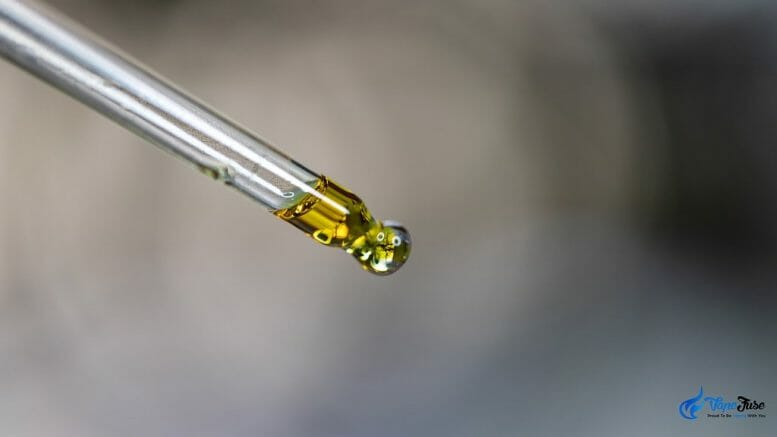 The benefits of cannabis in cancer therapy have been known since the 1950s. According to scientific research, CBD can cause cancer cells to die by boosting the production of ceramide. In addition, cannabinoids prevent the tumour from tapping blood vessels, thus preventing the supply of nutrients.

In a study with brain tumour patients, a clear slowdown in tumour growth was observed when CBD oil was taken.

There are similar prognoses for colorectal cancer and breast cancer. The side effects of chemotherapy are feared. In this way, vomiting and nausea can be prevented and the patient’s appetite increased.

As little as 2.5 mg of CBD oil per day is sufficient to achieve a significant weight gain in chemotherapy patients. Anxiety, restlessness and depression, which often accompany cancer, can also be alleviated with CBD oil. This is because cannabidiol increases glutamate and serotonin levels, which makes for a more optimistic mood.

READ RELATED STORY
Vaping And Teens: What Do You Need To Know?

CBD for Rheumatism and Chronic Pain

The anti-inflammatory effect of CBD oil has been proven in several studies. In addition, the substance has an antispasmodic effect and protects the nerves. This gives hope to many patients suffering from rheumatism, multiple sclerosis, arteriosclerosis and fibromyalgia as well as chronic pain of unknown cause.

CBD oil has a calming effect on the nervous system and blocks pain signals or tremor in Parkinson’s disease. A study from Geneva has also shown that CBD can render harmless germs responsible for painful, inflammatory diseases such as arteriosclerosis.

CBD oil stimulates the receptors in the brain to enhance the sending and receiving of various messenger substances. This includes one that is available for the contraction and expansion of blood vessels. 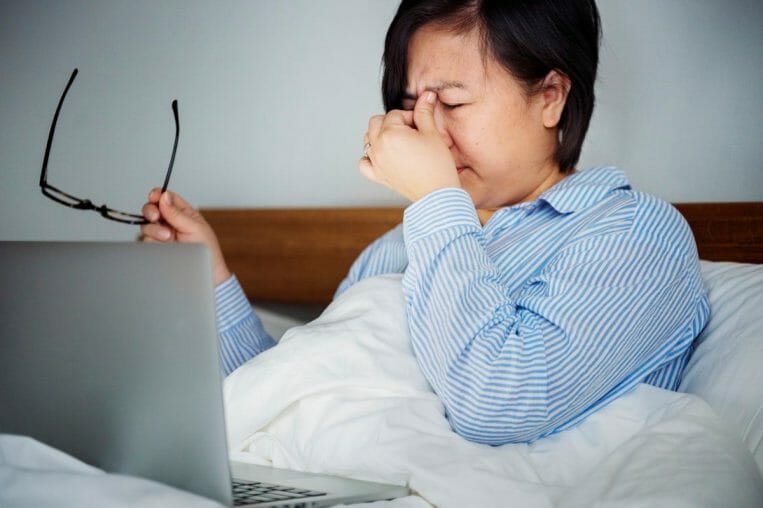 While almost everyone is confronted with a depressive mood at least once in their life, depression is a serious mental illness.

According to the World Health Organization (WHO), 4.5 million people worldwide suffer from depression, divided into different categories. Depending on the intensity, it can lead to lack of drive, negative thoughts or sleep disorders. The feeling of being internally blocked can manifest itself physically. If left untreated, depression can lead to suicide.

The origin of the disease lies in the nervous system, where the exchange of messenger substances is controlled. Dopamine is responsible for the occurrence of depression. If the release of this messenger substance, also known as the happiness hormone, is blocked, depression can manifest itself as a result.

In addition, physicians are also familiar with a genetic form of depression in which congenital malformations of the dopamine receptors are responsible for the disease.

Since CBD oil has a direct regulating effect on the messenger substances in the nervous system, its broad spectrum of action means that taking it has positive effects on depression and its many symptoms.

READ RELATED STORY
Can Vaping CBD Help With Weight Loss? Here's What You Need To Know

Some studies, such as the one published in 2014 in “Current pharmaceutical design”, even attribute CBD oil the potential to achieve the effect of conventional pharmaceuticals used to treat depression.

Anxiety is often accompanied by symptoms such as indigestion, nerve pain, headaches, eating disorders and nervous restlessness. Many patients suffering from an undiagnosed anxiety disorder try to alleviate the symptoms through drug use. Anxiety disorders are considered to be well treatable, often a conversation therapy is sufficient.

Nevertheless, the disease should not be taken lightly. CBD oil has proven to be helpful in cases of anxiety. The active ingredient, cannabidiol is a good choice for containing or blocking anxiety so that a paralyzing panic attack does not occur. CBD ensures that certain messenger substances responsible for triggering anxiety are contained.

These messenger substances are secreted in the brain by a small gland, the amygdala. Put simply, it is an immense surge of adrenaline that causes the panic attack. CBD oil has an immediate and calming effect on the nervous system, as published in independent studies such as the one published in “Vitamins and Hormones” in 2017.

A bipolar disorder is a mental illness that belongs to the so-called affect disorders. The disease is characterized by severe mood swings, ranging from depression to hyperactivity and euphoria. The quality of life of those affected is severely restricted. Often they can no longer do regular work and their social life suffers as well. In the worst case, this affect disorder ends in suicide.

About 30 million people worldwide live with the diagnosis. Most people are treated with psychotropic drugs, which, however, have various, sometimes serious side effects. As some studies have found out, CBD oil cannot cure a bipolar disorder, but it can inhibit the symptoms. The cause of the disease lies in a disturbed communication between the messenger substances and the receptors in the nervous system.

READ RELATED STORY
Can You Vape CBD? How CBD is Joining the Vaping World

Since CBD oil can help against depression as well as ADHD, it can be used in phases of hyperactivity and euphoria as well as in periods of depression in a bipolar disorder.

Cannabidiol can also reduce the sub-symptoms of the disease such as sleep and eating disorders. Since 2015, a large-scale study on the effects of CBD has been carried out at the Central Institute for Mental Health in Mannheim, the results of which also give cause for hope.

People suffering from obsessive-compulsive disorder do not experience their actions or thoughts as appropriate, but they cannot stop doing so. How this disease develops has only been partially clarified so far.

Psychologists assume traumatic experiences, which were not or only insufficiently processed by the patient. CBD is increasingly being used in the treatment of these obsessive-compulsive disorders. In a study conducted by the US University of Minnesota, the researchers report that a man who was cured of his trichotillomania through the administration of CBD oil was treated.

Trichotillomania is an obsessive-compulsive disorder in which the patient pulls out all his hair. Through the administration of cannabidiol, it is possible to regulate the peaks of the disease. Thus the compulsion is either reduced or completely blocked.

Physical problems that occur in the course of an obsessive-compulsive disorder can also be alleviated with CBD oil. This includes complaints such as depression, eating disorders, anxiety, sleep disorders, but also stress-related skin diseases.

CBD oil can have a regulating effect on the messenger substances whose imbalance plays a role in almost every mental illness.

Schizophrenia changes the way the patient thinks, feels and perceives things, which is a great burden for the patient himself, but also for his social environment.

The characteristic of schizophrenia is inherited, but the disease only breaks out as a result of environmental influences. The cause of schizophrenia is an error in the regulation of information in the brain. Schizophrenia is treated with neuroleptics that inhibit dopamines in the synaptic cleft. In this way, the diseased person’s nervous system is shut down. However, these drugs have strong side effects.

The intake of CBD oil can help to restore a calm state and thus contribute to an improvement in the general well-being. If taken as a supportive measure, CBD oil offers an alternative that is relatively low in side effects. Patients should also take CBD oil between relapses in order to face the demands of everyday life more calmly. 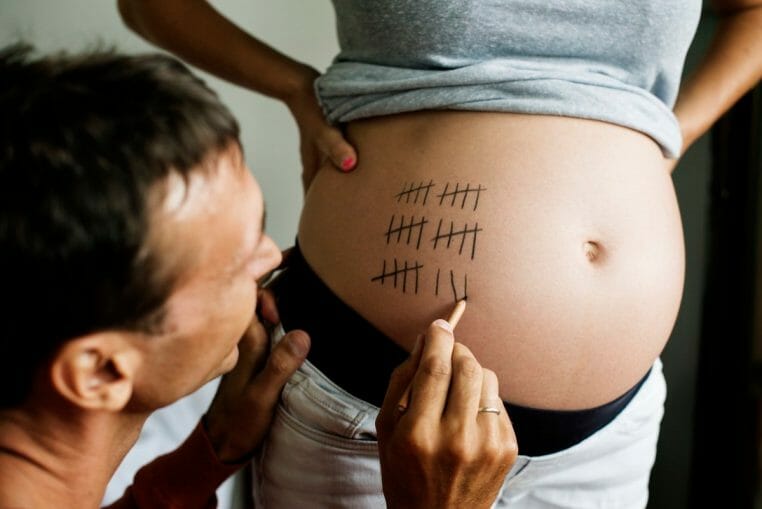 Pregnancy is a state of emergency for all types of medication. This is also the case with CBD oil.

Experiments with cells have shown that cannabinoid influences P-glycoprotein as well as the Breast-Cancer-Resistance-Protein. Both proteins play a role in the healthy function of the placenta. Therefore, CBD should not be used even in small doses during pregnancy.

Side Effects of CBD Oil

The general opinion is that taking CBD oil does not cause any side effects. This is due to studies in which very high doses were used and no undesirable side effects were observed in the patients.

In normal use, this is indeed the case. Nevertheless, you need to be informed about potential interactions with other drugs, for example when taking them.

How Does CBD Work?

CBD oil has a pleiotropic effect.

That means nothing else than that the effect of the substance can come about in many different ways. For this reason, CBD is also the subject of numerous studies, because what has such a broad spectrum naturally needs more time to be deciphered. Cannabidiol interacts with different receptors in the nervous system.

CBD is often placed on the same level as THC. However, this is fundamentally wrong, because CBD is not a psychoactive substance that causes a state of intoxication. The multiple therapeutic benefits of the substance are being considered by more and more orthodox physicians in their treatment plans.

Pending further studies about CBD’s healing effects, it helps, for now, to clear a few misconceptions between CBD and THC. This guide aims to explain how long marijuana stays in the body and touch on THC and CBD to see the bigger picture.

It’s particularly helpful to know the impact of such substances on practical matters, like employment, and the best way to beat the situation.

Learn more about CBD oil and its effects.

Author
Nexi Miller
I am passionate about vaporizers, vaping lifestyle and travelling. Always up for a good laugh and aiming to look at things from their fun and bright side. Let's Share The Vaping Love Together :)