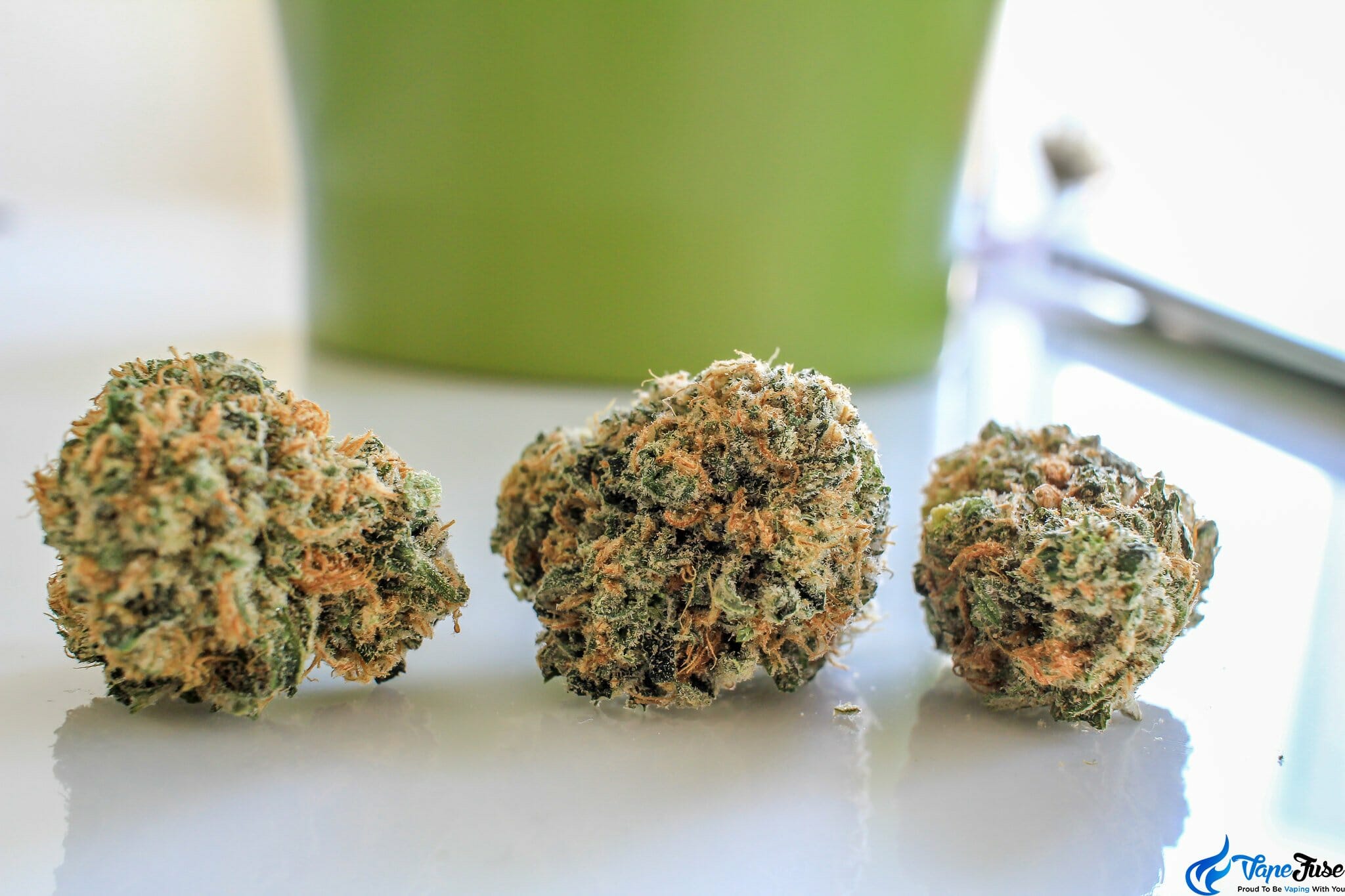 Cannabis is hailed as a wonder drug these days. It has a lot of amazing medicinal benefits, and the myths about it being a dangerous drug have been disproved.

In fact, tobacco is more dangerous for the body than cannabis. These factors have led to the legalization of cannabis in the majority of American states. Some states like California and Nevada have also legalized the recreational use of marijuana.

Anyone who claims to be a weed connoisseur knows that there are many amazing ways to consume weed. You can simply smoke it, make some weed brownies, or buy some edibles, but the best way, in my opinion, is vaping.

Vaping is a really fun, effective and safe way to consume weed and it is getting really popular among weed users.

So, if you like to vape marijuana as well, then this is a great post for you. Here is an amazing list of some of the most amazing cannabis strains that are great for vaping. Check it out:

Blue dream is a very popular and widely used strain of cannabis. It is a sativa dominant hybrid which has an amazing and relaxing high. Originating in the state of California, Blue dream is one of the OG west coast cannabis strains. Blue dream is made by crossing blueberry indica and sativa haze.

Users regard the blue dream as a very balanced strain, and it is widely used by both new and veteran users. Blue dream has a high THC content, which gives the users a very relaxing, gentle, and euphoric high. Blue Dream is also a common medical strain as it has some amazing medicinal effects. Blue dream is widely used to treat pain, stress, depression, and nausea.

READ RELATED STORY
Vaping in the Car: How to Deal with a Plaque on Glass?

Sour Diesel is, without doubt, one of the most common strains of cannabis. Also known as sour D, this amazing strain gets its unique name from its pungent aroma similar to that of high octane fuel.

Sour D is a sativa strain, and it is made by crossing Chemdog91 and Superskunk. Sour Diesel has a very energizing effect on the users, and it makes them happy and relaxed. The feeling of euphoria is not that strong and long-lasting for sour Diesel, which makes it a perfect cannabis strain to vape during the day. 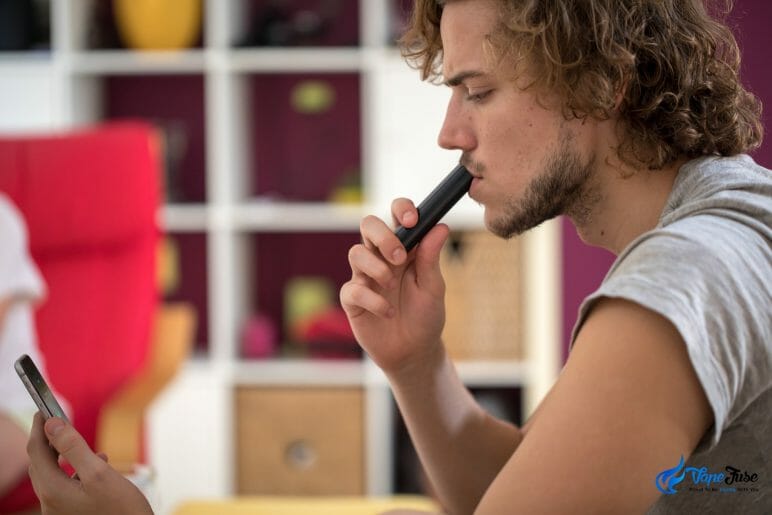 Sour Diesel is also a very common strain among medical users as it will not keep you stuck to the couch. Along with its energizing effects, Sour Diesel is widely used to counter stress, depression, pain, and fatigue. These amazing attributes make Sour D one of the best and most delicious strains to vape.

Girl Scout Cookies, or as it is now called GSC, is a very popular hybrid strain. GSC is a Californian native strain which is created by combining the genetics of OG Kush and Durban Poison. GSC has a very sweet and earthy aroma, and it is known for its very potent effects. Girl Scout Cookies causes a very intense feeling of euphoria in the users, and it is a very relaxing strain.

On the medicinal side, GSC does not stay behind either. It has a lot of amazing attributes which also make it popular in the medical marijuana community. It has very strong and prominent stress, and depression countering effects, and it is also used for treating chronic pain.

READ RELATED STORY
Can You Vaporize Kratom? Is it Safe to Vape?

Afghan Kush is one of the oldest and the OG strains of cannabis. The roots of this legendary strain can be traced back to the Hindu Kush Mountains near the borders of Pakistan and Afghanistan. Afghan Kush is an indicia strain, and it is widely known for its powerful sedating and relaxing effect. Afghan Kush is not a day time strain unless you want to be glued to a couch for a long time. The strain does its best work in the afternoon, as it is very relaxing.

The strong effects of the Afghan Kush can also make the most severe pains disappear, and it is also widely used to counter stress and depression. Another amazing feature of this strain is that it can help people with insomnia, get some amazing and relaxing sleep. 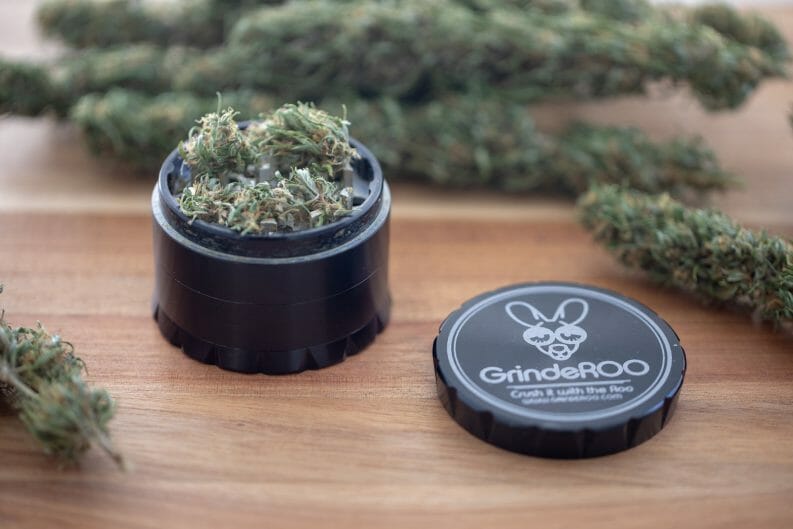 Pink Bubba Kush is a very common indica strain, which has some amazing effects for both recreational and medical users. It is made by combining the genetics of Bubba Kush and Pink Kush, which is where the strain gets its unique name from. This strain has an amazing aroma and a slightly sweet and earthy taste. Like the Afghan Kush, Pink Bubba Kush is also a strain best used in the evening. Pink Bubba Kush gives the users a very strong euphoric feeling, which is accompanied by some serious relaxation.

Pink Bubba Kush is used to counter stress and help insomnia patients. It can help with light pains, but its pain-relieving effects are not as strong as some of the other strains in this list.

Shatter is a marijuana concentrate that has very strong effects, White Widow itself is a very effective and amazing strain, and when it is concentrated to shatter its effects are even more amazing. White Widow is a hybrid strain, which is created by combining the genetics of a Brazilian native landrace strain and a South Indian resin heavy indicia.

White Widow is also a very useful strain for medical users, and it has an amazing relieving effect for patients with stress and depression. White Widow shatter can also get rid of light to medium intensity pains easily.

This is a Sativa dominant cannabis strain, and it gets its name from its unique smell similar to freshly peeled lemons. Lemon Haze is a THC dominant strain with about 15 to 20 percent THC content. This makes the strain great for recreational use, and it gives the users an amazing feeling of relaxation and euphoria.

On the medical side, stress and depression are easily countered by Lemon Haze, and it is great for insomnia patients as well. As far as pain relief is concerned, this is not the best option as it is a THC dominant strain, but still, it can deal with moderate pains effectively.

If you are interested in growing your own cannabis plants and you live in a country or state where you can freely do so, then it is always essential you start out with sourcing quality seeds to ensure a successful harvest.

If it is your first time venturing into growing cannabis it is recommended to gain some experience with some of the classic strains, like any of the above.

The key here is to make sure you do proper research and go to a reputable seedbank to buy your seeds. Another option is to select a trustworthy seller like https://homegrowncannabisco.com/ if you want to buy seeds online.

Author
Jack
Jack is a psychotherapist and neurodegenerative disorders’ expert. He has been practicing in New York for 25 years now, and since then he has been fighting to make marijuana legal in the United States for its numerous health benefits. You can read his blogs at The Green Ace Blog.