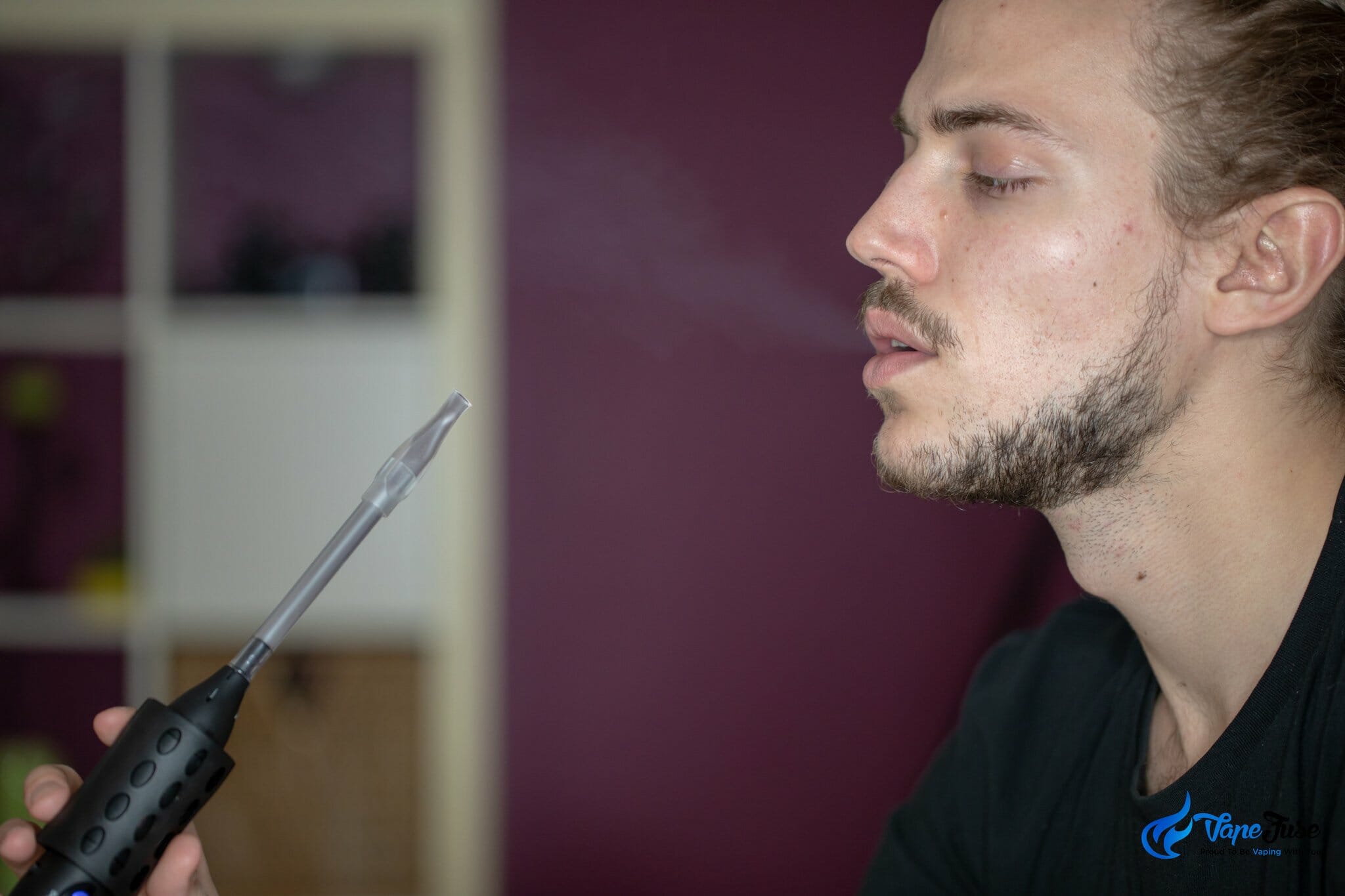 We struck gold recently when we busted open a Vapir Oxygen Mini for testing purposes. The Mini has been on the market for a minute, so I was shocked to discover that the American-made mini-desktop is actually a pocket-sized powerhouse!

Now many of my initial impressions of this vaporizer weren’t that good. I mean, why bother making a unit the size of a portable if it can’t even operate without being plugged in? My first impressions were totally wrong. 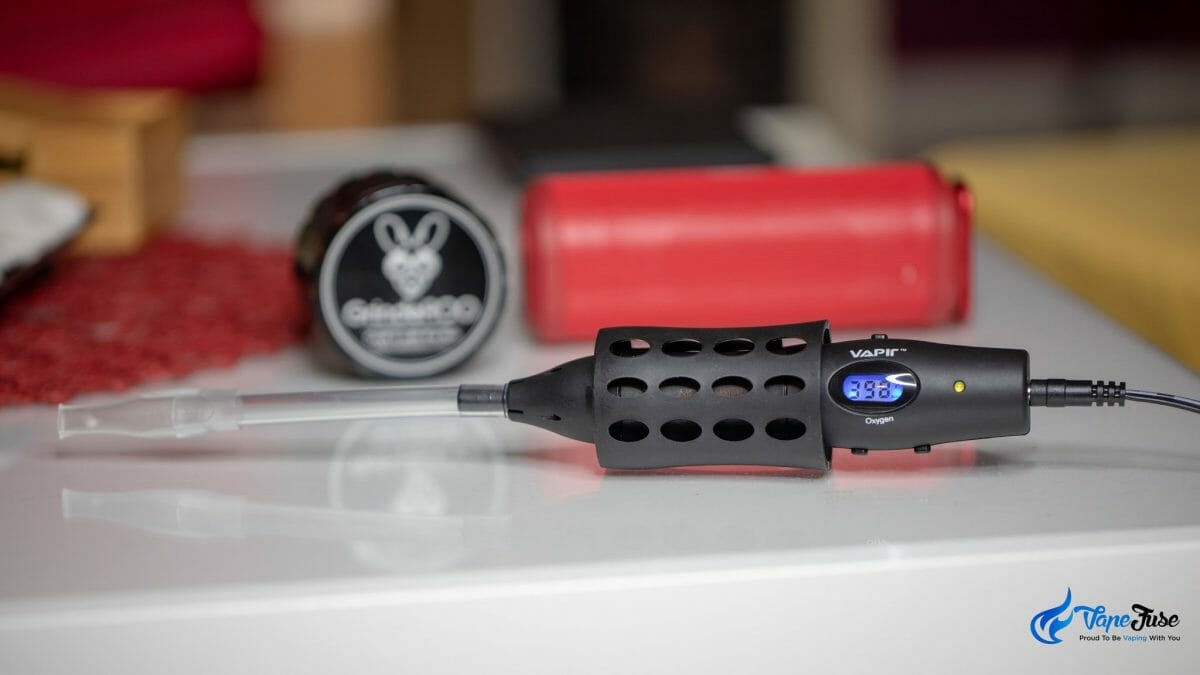 The great allure the Vapir Oxygen Mini has is that it brings the power of a device much larger than itself, say the Volcano Digit or Arizer Extreme Q, and shrinks it down into a drawer-sized package.

With its amazing vapor production and concealable nature, the Vapir Oxygen Mini is the perfect desktop vaporizer for a herb connoisseur who is prone to keeping their passion a secret. 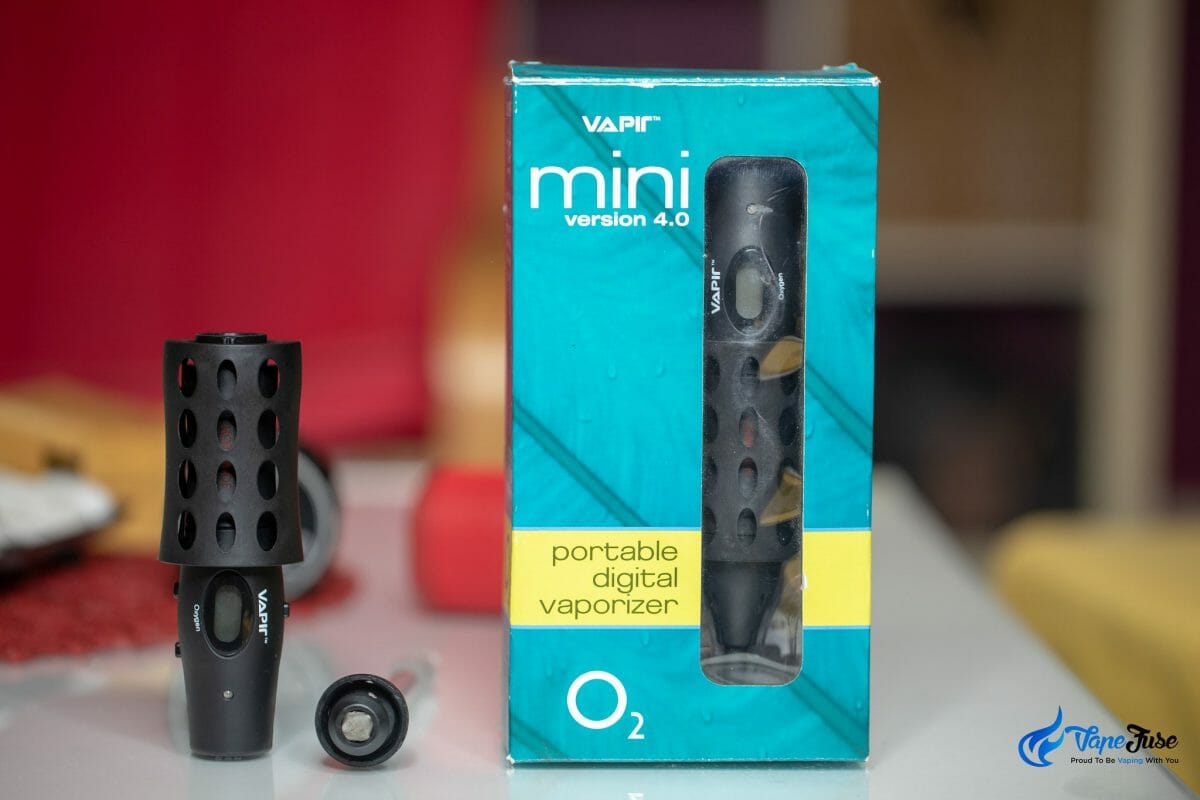 The Oxygen Mini’s unique packaging is super compact and contains only a few accessories, the wall plug, and, of course, the vaporizer itself.

This device is simple but superb. With its rather intricate method of vapor production, the Oxygen Mini is capable of producing some of the purest vapor you’re likely to come across. And all that for under $120. 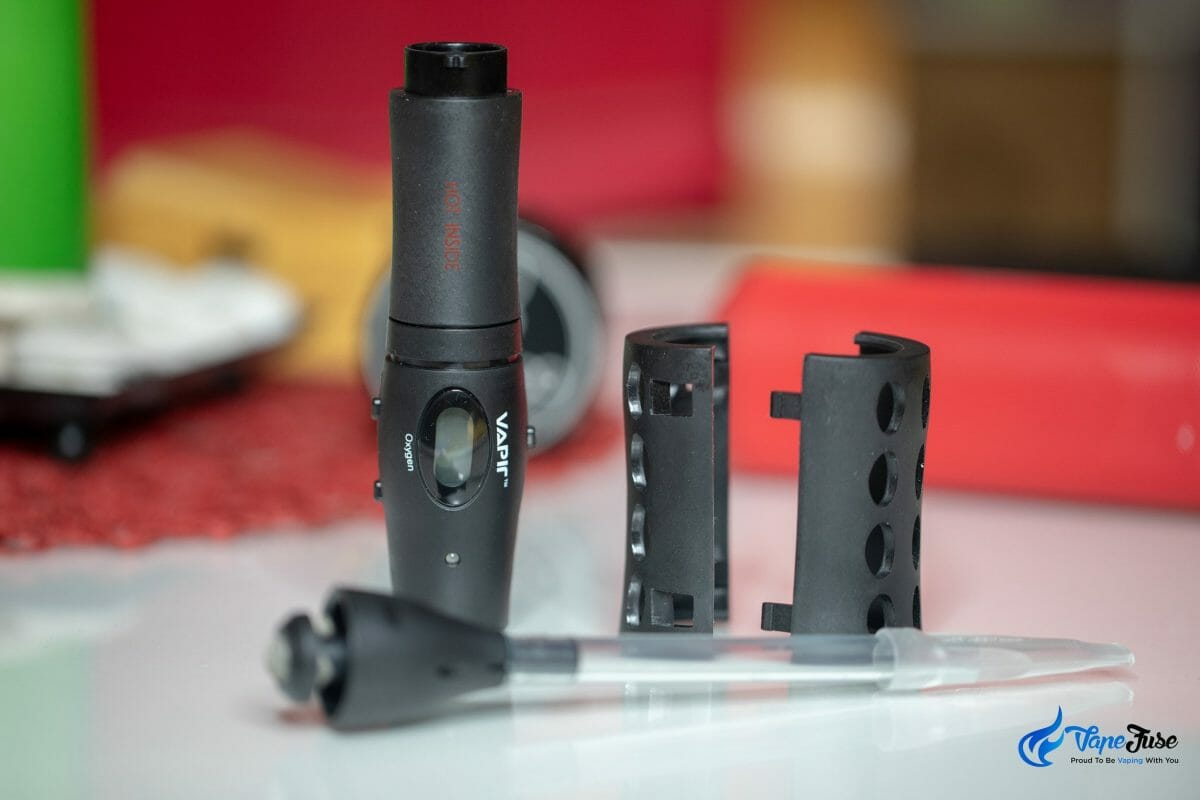 While the vaporizer itself can get quite warm, it comes equipped with a removable heat guard so that you don’t have to worry about putting the device down between tokes.

Other user-friendly elements include the super long cable that comes attached to the wall charger. Similar to that of the Arizer portable range, the long cable gives you almost all the freedom of a portable vape.

READ RELATED STORY
Crafty vs Starry: Which One's for You?

The top of the Vapir Oxygen Mini unscrews to reveal the interior chamber, with the lid consisting of a filter screen, extended PVC vapor path, and silicone mouthpiece. 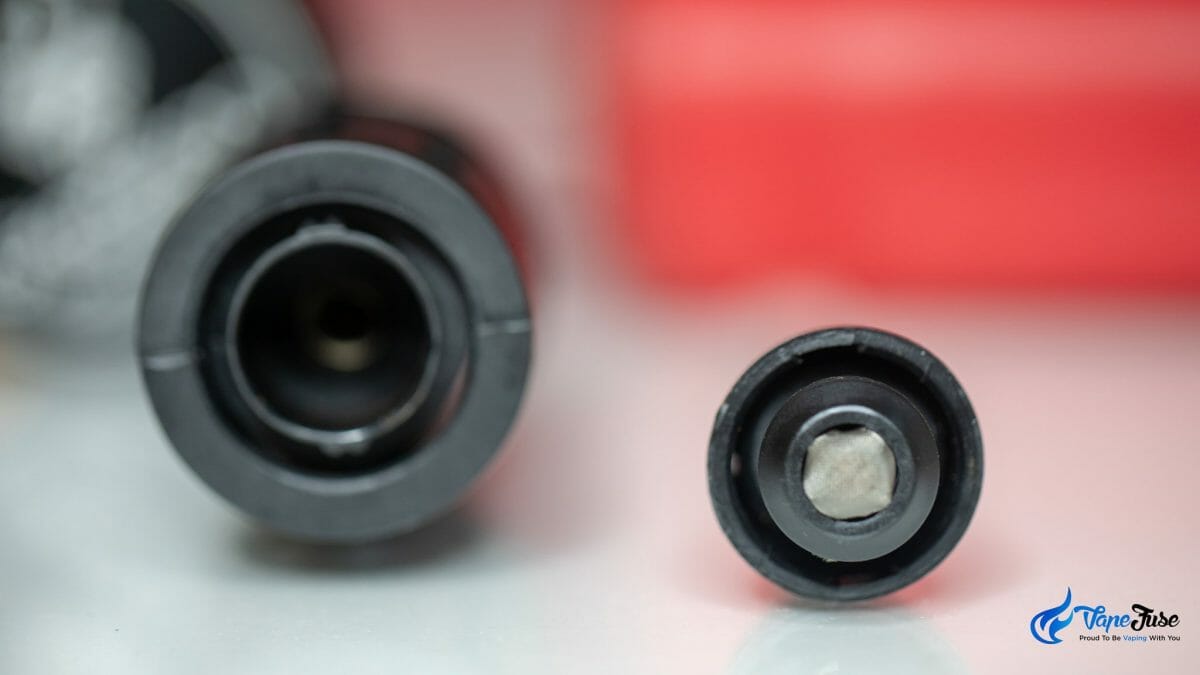 With a brass and aluminum chamber, remarkably similar to that of the Puffit X, the Vapir Oxygen Mini blows super sweet clouds, all assisted by the embedded brass heating element that helps to maintain a stable temp.

A first of its kind, the device comes equipped with a cylindrical chamber screen that creates a sort of hybrid convection/conduction heating effect. 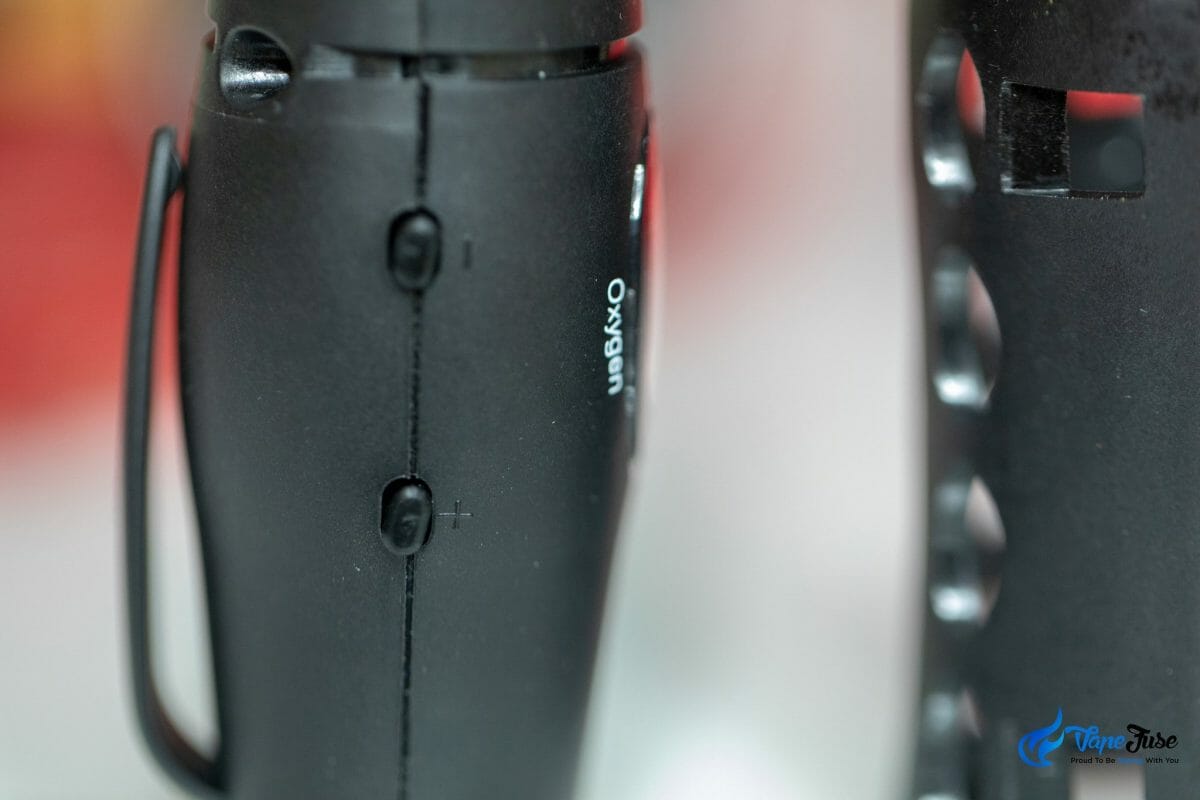 If you’re looking to get a decent session in, start your sesh on 350°F (175°C) and put it up by 10°F at a time. You’ll get awesome low-temp terpy hits to begin with, followed by some huge clouds the higher you go. 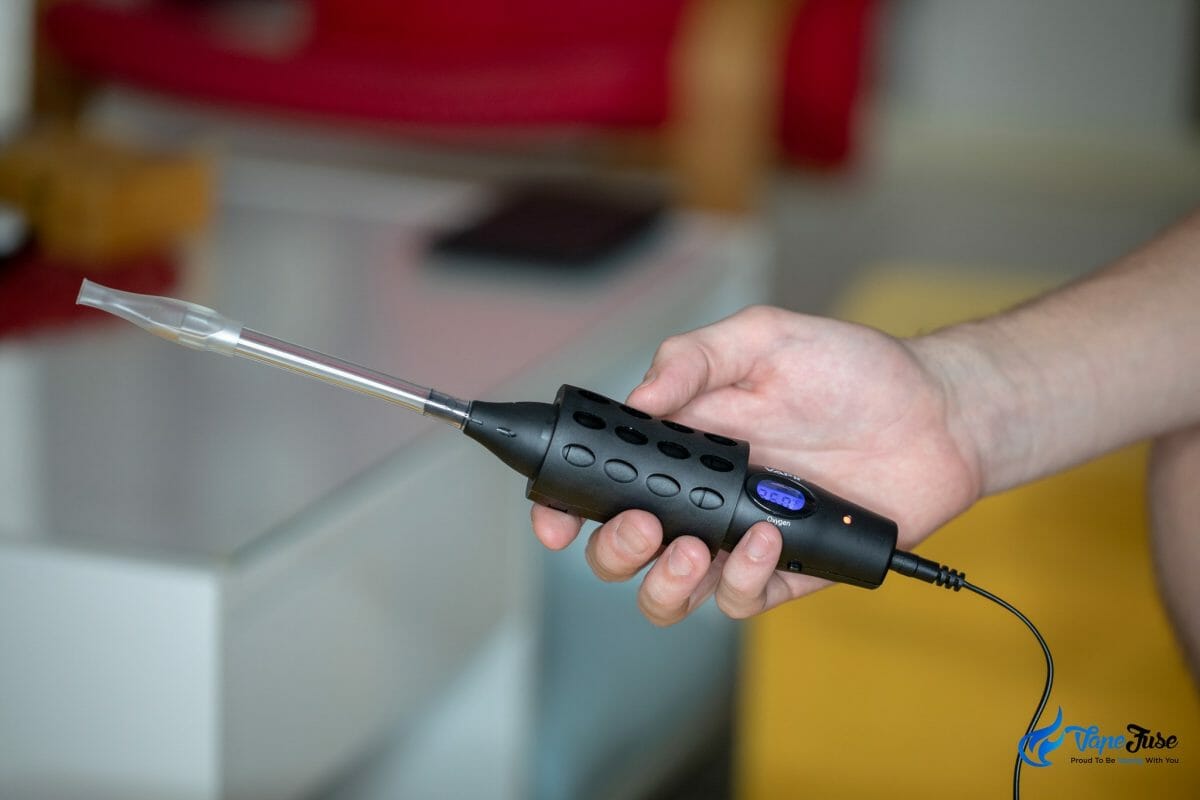 To heat up the device, simply set your desired temp by toggling the (+) or (-) button, and click the single button on the opposite side to kick the heating element into gear.

Included in the Vapir Oxygen Mini’s kit is:

In terms of both flavor and cloud production, the Vapir Oxygen Mini performs super admirably. I’ve recently started using the Oxygen Mini as my go-to desktop due to its amazing portability and performance. 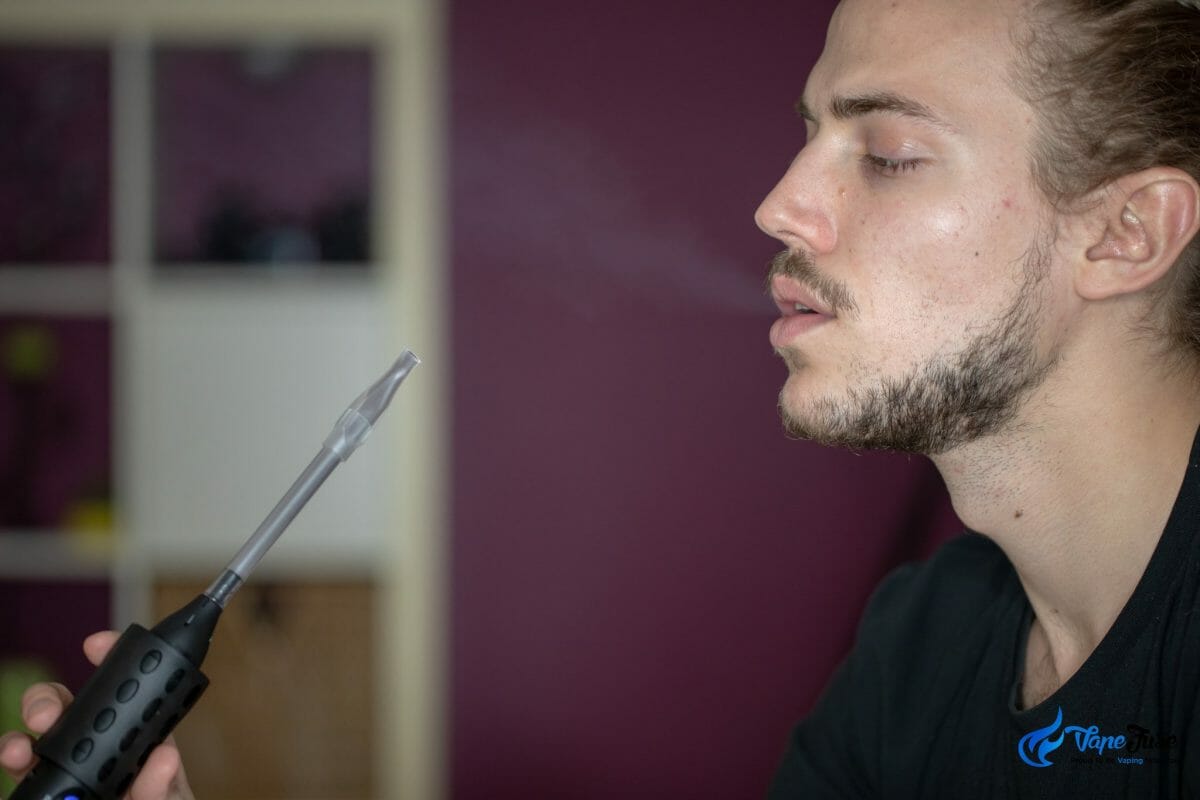 For the price that it’s currently listed at, this vape is an absolute steal. We were noticeably shocked when we eventually tried it out at VapeFuse HQ and have been raving about it ever since.

Whether you’re a novice vaper looking to get into herb vaping, or a seasoned vaper on the hunt for an elite desktop device, you’ve met your match with the Vapir Oxygen Mini!