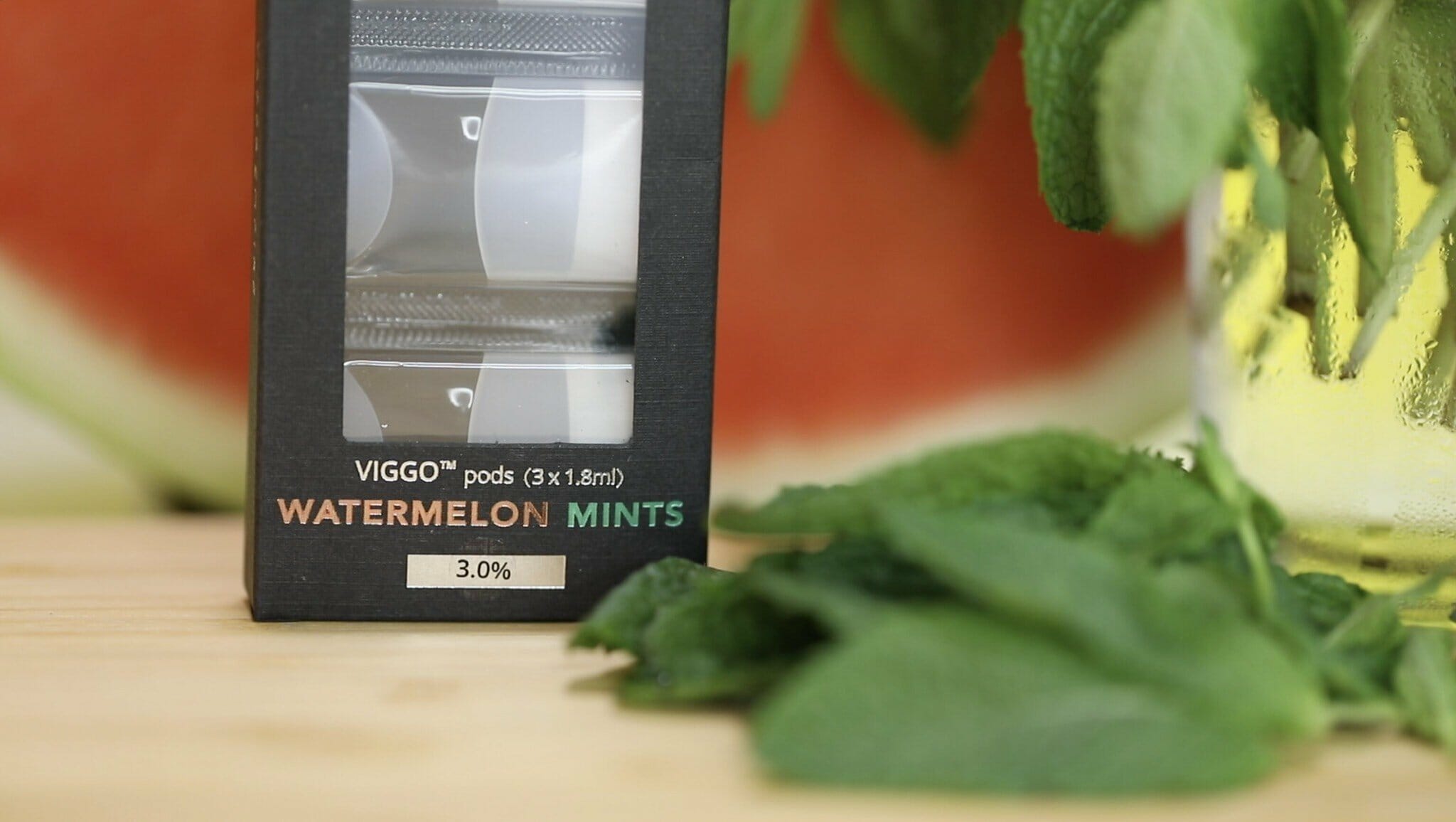 We’ve tried the new Watermelon Mint flavour Viggo pod by Vaper Empire. This new flavour is an addition to their ever-growing collection of pods to go with their Viggo starter kit.

We have reviewed a bunch of their flavoured pods before here at VapeFuse and was excited to get their new blend to taste.

The new watermelon mint flavour came out just in time for the Aussie summer. The refreshing combination of watermelon and mint packs a punch even on the hottest summer days.

I am personally a big fan of both watermelon and mint and often have them in smoothies throughout the summer months. The menthol pod was one of my favourites and combining mint with watermelon is pure genius.

I really enjoyed this flavour blend and found it as refreshing as it sounds. I like to try different flavours as once you find ones you love, they can be a huge help in quitting smoking.

Vaper Empire packs their Viggo Pods with their nicotine salt e-liquid to produce the outstanding flavour and hit.

There are many other flavours to try and experiment with to see what might work for you and power you through your journey to quit smoking.

Pod systems are prefered by many vapers as they are smaller and lighter than mods. The Viggo vaporizer is super easy to use. It is designed with draw activation for bottomless vaping. You simply inhale and enjoy your vapor.

Another big advantage of pod systems is convenience. For example, you don’t need to refill tanks with e-liquid but simply use the pre-filled pods. A really simple way to vape, even if you have a busy lifestyle.

Let us know in the comments section below if you have tried the new summer blend or any other ones of the Viggo pod flavours.