What Recent Studies Are Uncovering About Vaping vs Smoking 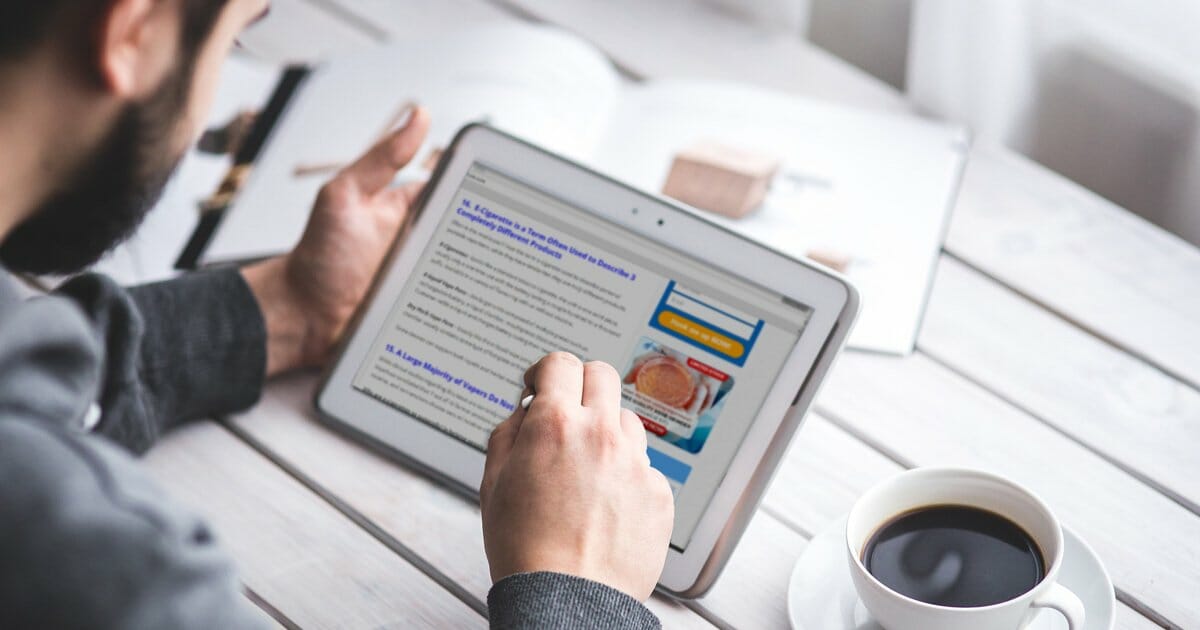 With the popularity of electronic cigarettes rising each year, issues like impact on health and safety are also becoming hot topics. As we review recent studies there is a clear varying of opinion from those who are in favor of vaping to those who are against it. But, who’s right?

By doing our own research we have been able to pull together many studies and information on the topic. Many are FOR vaping, and we outlined their arguments below and the truths they uncovered.

Why not take a look for yourself and make up your own mind?

E-Cigarettes Are a Safer Alternative to Smoking

Vaping is 95% Safer Than Smoking

The Public Health England published on August 19, 2015, a study titled “E-cigarettes Around 95% Less Harmful Than Tobacco Estimates Landmark Review”. It revealed that electronic cigarettes are 95% safer than smoking. Plus they uncovered that an outstanding 44.8% of the population did not know that e-cigarettes are a much healthier alternative to smoking.

Their study further indicated that 1% of electronic cigarette users had never smoked cigarettes before. Thus leading them to conclude that e-cigarettes are not a gateway or a potential cause for teens or non-smokers to smoke.

(Read more: Why Vaping is a Better Alternative to Smoking)

“Our results verify previous observations that it is possible for e-cigarettes to generate high levels of aldehydes; however, this is observed only under dry puff conditions (when the e-liquid overheats), which deliver a strong unpleasant taste that vapers detect and avoid, by reducing power levels and puff duration or by increasing inter-puff interval. Minimal amounts of aldehydes are released in normal vaping conditions, even if high power levels are used. In those normal-use conditions, aldehyde emissions are far lower than in tobacco cigarette smoke.”

This study successfully debunks a research paper published back in January 2015 by the New England Journal of Medicine titled:

“Thus, the results obtained in the aforementioned studies and in the present work broadly support the potential for e-cigarette products (nicotine e-liquids) to provide markedly reduced exposures to hazardous and potentially hazardous smoke constituents in smokers who use such products as an alternative to cigarettes.” – Lorillard Tobacco Company

The medical research team at Lorillard Tobacco Company published on July, 31st, 2014 a study titled “Comparison of select analytes in aerosol from e-cigarettes with smoke from conventional cigarettes and with ambient air”. It measured the harmful and potentially harmful constituents (hphc) that are emitted by both electronic and tobacco cigarettes.

They also found “The deliveries of HPHCs tested for these e-cigarette products were similar to the study air blanks rather than to deliveries from tobacco cigarettes. Tobacco cigarettes contain 1500 times more hphc’s than popular e-cig products.”

Despite popular claims that vapor devices release heavy metal toxins, the data in this study actually showed vapor to be nearly as equal with normal air quality. This study appeared in the December 2014 issue of  Regulatory Toxicology and Pharmacology.

Vapor is Virtually as Safe as Air Itself

The scientist over at MatTek Corporation also conducted a recent study titled “Development of an in vitro cytotoxicity model for aerosol exposure using 3D reconstructed human airway tissue; application for assessment of e-cigarette aerosol.”. It explored the damage of lung cells from vapor and smoking.

MatTek is known for making models of human lung cell replicas. Using a ‘smoking robot’ filled with these cells they compared the damage done from tobacco smoke, vapor, and regular air.

The study concluded that within 6 hours of exposure to tobacco smoke the cells died. E-cigarettes, however, confirmed the opposite. After ‘continuous and aggressive’ doses of vapor, they discovered the damage done to the cells was the same equivalent of damage done from the general air!

E-Cigarettes & Vaporizers Are Not a Gateway to Smoking

Dr. Ted Wagener organized a study titled “E-Cigarettes May Not Be Gateway To Smoking”. The study involved 1,300 college students with an average age of 19. It regarded their experience or habits with tobacco and nicotine products.

Out of the 1,300, 43 students experienced their first tobacco product via e-cigarette. Of that 43 students only 1 went on to use tobacco cigarettes, the rest stated they currently do not use any tobacco or nicotine products. Thus leaving Wagener and his team to conclude that “E-cigarettes appear to not be a gateway to anything.”

Nicotine Via Vaping is as Harmful to Health as Caffeine is

The Royal Society for Public Health did a study titled “Nicotine No More Harmful to Health Than Caffeine”. For the purpose of determining the safety of nicotine in e-cigarettes vs tobacco cigarettes, the study found the nicotine replacement like electronic cigarettes or gum are 90% safer than tobacco cigarettes. That is because they do not contain any other damaging chemicals.

READ RELATED STORY
10 Facts That Everyone Gets Wrong About Vaping

With tobacco cigarettes, there are many dangerous and damaging chemicals such as arsenic and tar. This is why a large part of nicotine is considered so harmful. These toxic chemicals like arsenic, tar, and ammonia, are not present in nicotine replacement therapies. 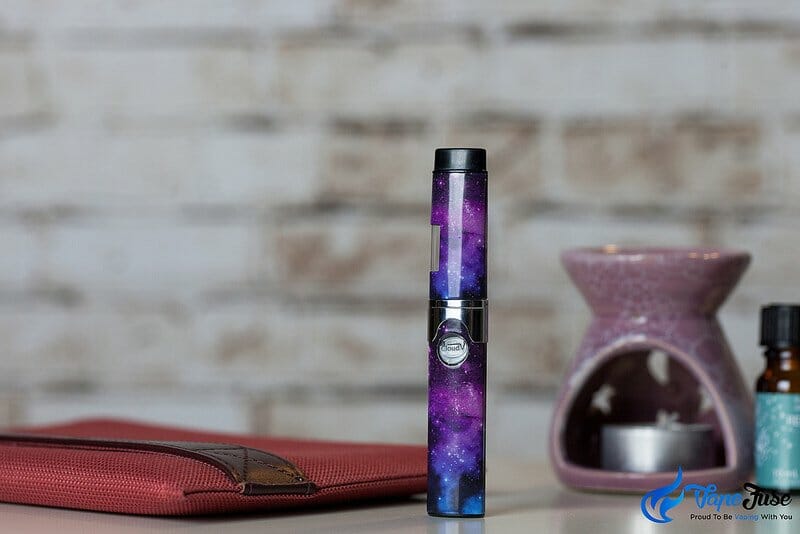 There is No Second-Hand Smoke With E-Cigarettes

Researchers at the UK’s Actions on Smoking & Health (AHS) did a study regarding the safety of nicotine levels via first and second-hand smoke. Their study concluded electronic cigarettes used for vaping is vastly safer than smoking a tobacco cigarette.

“Most of the diseases associated with smoking are caused by inhaling smoke which contains thousands of toxic chemicals. By contrast, nicotine is relatively safe. Electronic cigarettes, which deliver nicotine without the harmful toxins found in tobacco smoke, are a safer alternative to smoking. In addition, electronic cigarettes reduce secondhand smoke exposure in places where smoking is allowed since they do not produce smoke. In the UK smoke-free legislation exists to protect the public from the demonstrable harms of secondhand smoke. ASH does not consider it appropriate for electronic cigarettes to be subject to this legislation, but that it should be for organisations to determine on a voluntary basis how these products should be used on their premises.”

The Alberta School of Public Health research team did a study titled “Tobacco Harm Reduction” regarding the effects of e-cigarettes on overall health. They concluded that a whopping 91% of smokers who switched from tobacco cigarettes to e-cigarettes showed improved overall health. It also revealed that 97% of those studied greatly reduced or eradicated their chronic coughs.

E-Cigarettes Are Not Harmful to Your Arteries

The Onassis Cardiac Surgery Center organized a study titled “Effects of electronic cigarette use on the elastic properties of the ascending aorta in healthy subjects: comparison with the effects of tobacco cigarettes”.  It was found out that using electronic cigarettes for vaping made no differences in the aorta, nor stiffen the arteries. Unlike tobacco cigarettes,  just having 2 sticks will start the stiffening of the aorta.

E-Cigarettes Do Not Affect Heart Health

Another study courtesy of Dr. Konstantino Farsalinos found that electronic cigarettes do not affect coronary circulation or oxygen supply.

The International Journal of Environmental Research and Public Health also composed a study regarding the impact of e-liquids on heart cells. They concluded e-liquids had zero effects on cardiac cells. 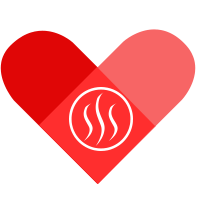 Vaporizers Do Not Impact Lung Health

The Taylor & Francis Group did a study titled “Acute impact of active and passive electronic cigarette smoking on serum cotinine and lung function”. It centered on the impact of e-cigs, primarily the e-liquid and vapor effects on the lungs. They concluded that e-cigarettes do not cause any acute respiratory disorders. Further, they found that secondhand smoke from tobacco was more harmful than first-hand e-cigarette vapor exposure.

Vaporization is a safer alternative to smoking as it involves heating dry herbs or wax extracts to a degree that effectively releases vapors with the medicinal properties without the harmful byproducts of combustion or toxins. 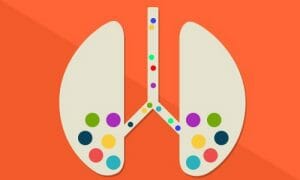 Smokers Can Quit With E-Cigarettes

Most people turn to vaping to either cut back on or completely quit smoking as they are concerned about their health and future. The transition from smoking to vaporizing is rather easy with only a few things to know as a beginner.

The best evidence you can get for vaping vs smoking is to ask a vaper.

“I smoked a pack and a half a day for 44 years without any hope of ever quitting. 60 days ago I decided to go get a good vaping setup so I could offset some of the costs of smoking. Just trying to save a hundred bucks a month.

Within 4 days of getting my new vape set-up, I quit smoking.  My husband quit smoking.  5 days later my daughter quit smoking, too.  I’ve been smoke-free for 50 days now and have dropped my nicotine from 2.4% to .6% and am on my way to 0% at which point I intend to quit vaping, too. I quit by accident. Vaping is a miracle.”

Recent Studies Against Vaporizing or E-Cigarettes

While studies have been published that suggest there are dangers of using electronic cigarettes they have all been debunked or studied further to reveal the truth. Vaping is a much safer alternative to tobacco cigarettes. And there are numerous studies from credible sources online to help debunk any skeptics claims or ease your own doubts.

READ RELATED STORY
How to Get a Girlfriend to Quit Smoking and Start Vaping Instead?

Vaping vs. Smoking Chart it Out

With numerous professionals coming out of the shadows to defend the public’s right to safer tobacco alternatives the rise of vaporizing is sure to keep increasing.

These studies are amazing news to current vapers. This gives them the reassurance that they are indeed taking the healthier steps to quit smoking and will hopefully lead those still smoking tobacco cigarettes to the wonderful world of vaping.