The Pros And Cons Of Vaping 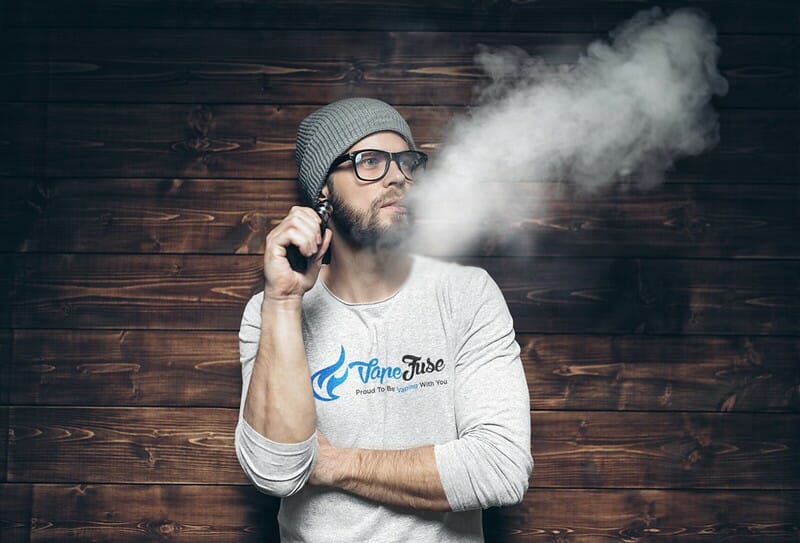 There’s much ado about vaping because of its good and bad rap. Some favor vaping over traditional smoking, while others consider it just as bad as smoking cigarettes. It isn’t easy to find unanimous facts about vaping to form an undivided conclusion.

For those who are considering vaping, the best you can do is to go through information regarding its pros and cons. This can help you decide whether or not it’s the best choice for you. At the very least, the best assurance is that the pros should always outweigh the cons.

This article can provide some clarity on the subject of vaping. Here are some of its pros and cons:

The vast majority of vaping advocates present vaping as a safer and better alternative to traditional smoking. This is because vaping is done with an e-liquid or vape juice that doesn’t have all the carcinogenic elements that cigarette sticks have.

However, this isn’t to say that vaping is 100% safe. The e-juice you use for vaping may still have traces of carcinogens, although far less in quantity than traditional cigarettes have. To ensure safety, choose only reputable brands starting with Geek Vape, among many others.

Many people try vaping for the first time to quit smoking cigarettes. Vaping has provided a new option for people who want to kick the habit of smoking but have no other way to do so. On the other hand, even if you use nicotine patches to reduce your cravings, being around smokers will still lead you to your old habit.

Vaping provides all the dynamics of smoking without cigarettes. The fact that vapes can completely replace cigarettes is key to reducing the user’s need to smoke. Over time, vaping can be considered a major contributing factor that helps people quit smoking.

One of the biggest dangers of cigarette smoking is that it poses risks not only to the smoker but also to anyone in the vicinity who breathes in secondhand smoke. Many people, including medical professionals, consider secondhand smoke more dangerous than being a smoker. With vaping, this secondhand smoke is absent.

Those who inhale the vapor from vaping devices are in no danger. However, to ensure that no harm is caused to those around you, it’s still highly recommended to vape outdoors. The aerosols generated from vaping devices may still raise the concentration of certain harmful elements in indoor spaces.

Furthermore, small particles of harmful matter can be ingested into the lungs. This may be dangerous to respiratory health in the long run. So, to prevent this, vaping outdoors is still a much better practice.

A Gateway To Smoking

However, this isn’t always the case, particularly among younger generations of teenagers. Rather than stay loyal to vaping, they may have become tempted to start cigarette smoking after getting used to vaping.

READ RELATED STORY
How Vaping Can Rock Your World

Significantly, this forms the start of two addictions—with two forms of smoking now being practiced. Whatever advantages vaping may have over cigarette smoking is now irrelevant in this situation.

This second disadvantage of vaping kicks in when you use an e-juice that still contains nicotine. This fact is worth emphasizing because not all e-liquids have nicotine. It’s your responsibility to read the labels and check. Doing so can assure you that the e-liquid brand you’re vaping is far safer than a traditional cigarette.

Otherwise, if the vape juice you choose has nicotine, you still fall into addiction traps. Nicotine can impact the brain’s neurotransmitters—a reaction that leads to changes in behavior and addiction.

A big concern surrounding vaping is how it’s overly appealing to young teenagers. Vaping can be too tempting compared to smoking cigarettes. This is due to the sweet aroma of the juice and all the reports stating its safety over traditional smoking.

However, vaping isn’t supposed to work that way. Its allure means that even very young teenagers can get hooked on vaping earlier than they would with cigarette smoking. For parents, this phenomenon might be very disturbing. There’s a potential that vaping could become a new addiction for teenagers and one that they’ll carry on in their lives in the future.

Without a doubt, vaping has increasingly become one of the world’s most hyped-up trends. While it’s no longer in its infancy, vaping continues to be a popular topic, given the divided opinion about it. Meanwhile, it’s best to seek sound medical advice if you want to learn more about vaping. There are safe ways to get into it, so be sure you’re taking that route.

READ RELATED STORY
Stop Smoking with the Help of CBD

Author
David Booker
David Booker is a quality control inspector of a tobacco company. He writes blogs on the side to share insights into his field. David also loves traveling whenever he's free.