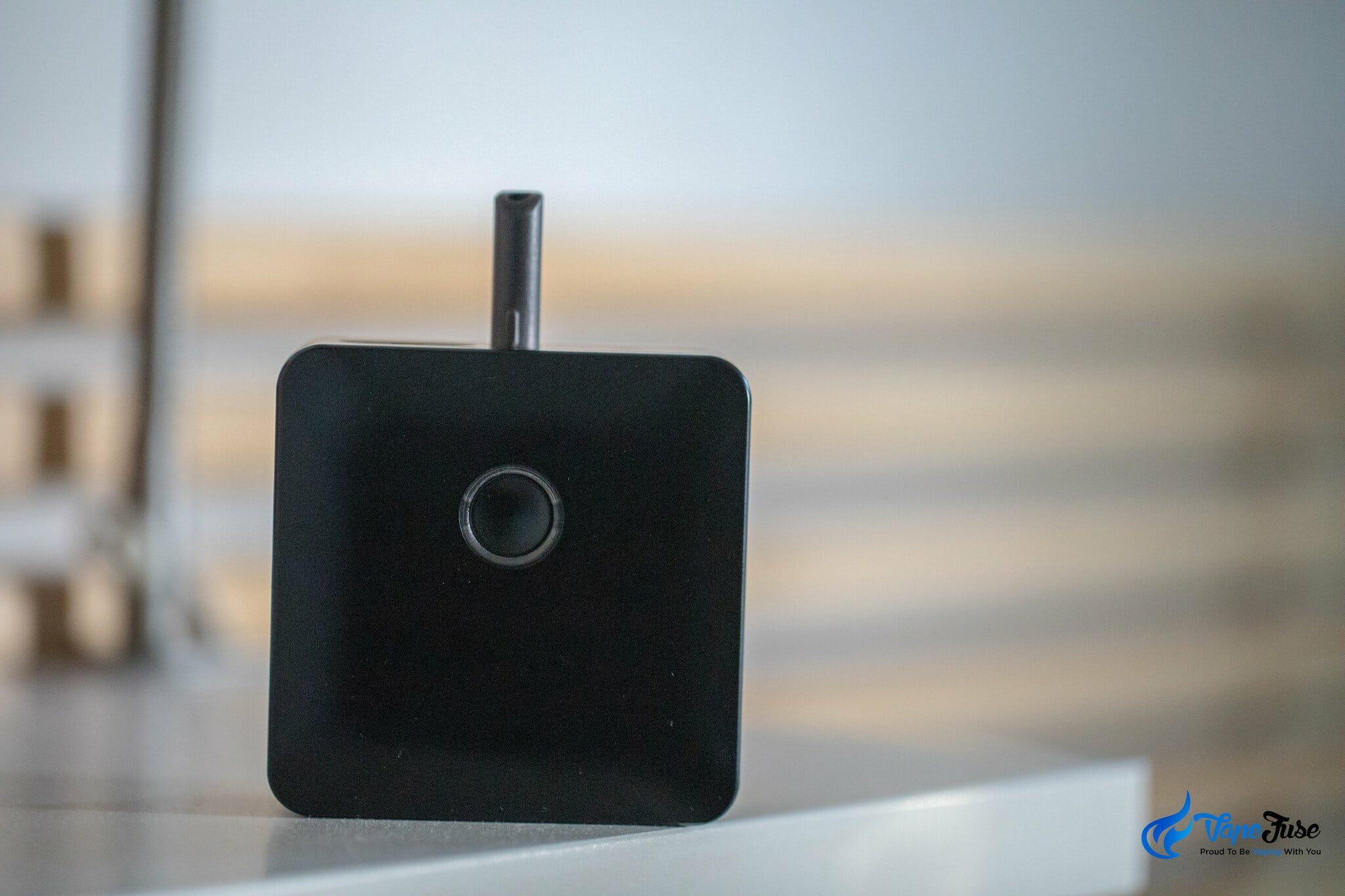 It’s not often that a portable vape sweeps me off my feet right from the word go. That was definitely the case with the Haze Square Pro Portable Vape, but now I can’t get enough of it!

Haze Technology’s new offering has been on the market for almost a year now and has been gaining some serious traction in the portable vaping world both for its awesome vapor quality and ingenious design.

We recently got the chance to try the device out for ourselves and blow some clouds, check out the Haze Square Pro Portable Vape Review below!

The Haze Square was a mystery to me when I first saw it. I knew that judging from the Haze V2 and Haze V3 that we were in for something good, but I never would’ve thought that it was as decent as it is!

Aside from a few early mishaps with combustion that were mostly caused by lack of patience and a dirty chamber wall, the Haze Square Pro has been serving me admirably for a couple of weeks now.

With the box they’ve gone down the same road as PAX LABS and Puffco with the apple- white and grey color scheme. It’s simple yet effective.

Inside this box is everything you need to get your vape on. Well almost everything that is.

The vape itself is sleek and reasonably compact, with each side of the Square Pro barely pushing 2.5″ (6.5 cm).

Why go with a square shape you might ask? Haze Technologies famously brought us the first dual-chamber portable vape in the Haze V2 and V3, and with the Haze they wanted to push the boundaries even further by introducing FOUR baking chambers!

If you’re wondering how to switch between the four chambers, you simply rotate one side of the device like a Rubik’s cube and the tiny dots on the side will indicate what chamber you’re on.

To load up your herb or concentrate, you have to press in and rotate this little dial on the back of the device.

If you look to the left of the picture on the edge of the Haze Square Pro’s body you’ll notice the tiny indent of the straw mouthpiece.

Your ceramic mouthpiece has a couple of O-Rings on the base which allows it to be stowed like so. The mouthpiece is heavy-duty and won’t impart any flavors into your vapor path.

Out-of-the-box the Haze Square Pro comes pre-loaded with two herb baskets and two concentrate baskets, but you can switch it up as you see fit by removing the liquid pads or subsequently adding two more.

This device is outstanding for use with concentrate, most especially the Haze Square Pro!

The normal version doesn’t give you the ability to alter the temperature via the PC app, meaning you can’t get the super dense dab hits, but there are still amazing terps.

To draw vapor through this device look a little getting used to. Unbeknownst to me when I first started using the Haze Square Pro, it is an on-demand vape.

This means that to draw vapor, you first need to hold down the function button and wait for it to turn green before taking a toke.

As this requires such a precise degree of heating, the herb in the vape’s chamber can actually combust if the screens and chamber walls aren’t kept clean.

To prevent this you simply have to wait a second or two after the vape’s light has turned green before taking a toke to ensure that the thermostat is giving an accurate reading.

In terms of vapor quality, the Haze Square Pro is up there with the best of them. It blows dense clouds of super flavorsome vapor and is extremely economical.

The Haze Square Pro won’t char your herb, instead leaving it near-new with a beautiful shade of green. This thing has one of the best terp profiles I’ve come across, making it super hard to put down!

Keep an eye out for the Haze Square Pro in the VapeFuse Store and check out the video at the top of this post for a more in-depth review!