Guide to Vaping: Direct-To-Lung vs. Mouth-To-Lung(DTL VS MTL)

By Angeline Boyani
Published on December 14, 2022 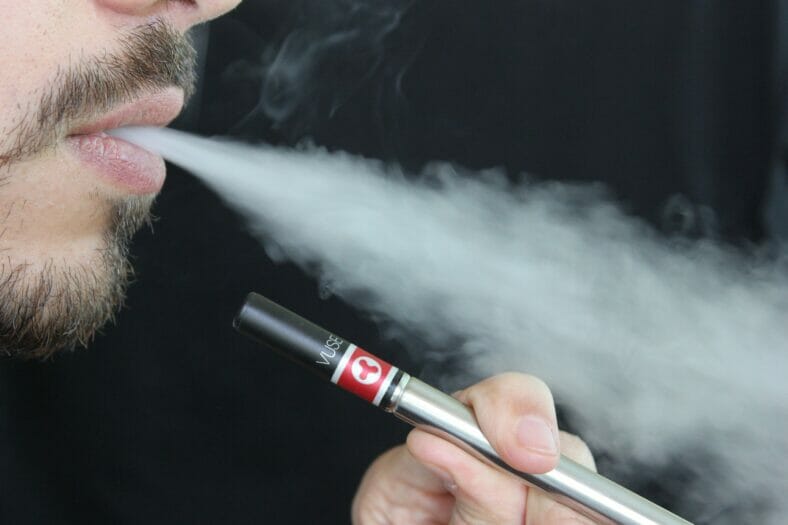 Do you intend to permanently stop smoking? Have you determined that using e-cigs is a better option for you than smoking cigarettes?

If so, you should first be aware of a few things.

While all e-cigarette users will emphasize the significance of selecting the appropriate vaping equipment, choosing a good vaping approach should come first.

One method isn’t superior to the other; it merely depends on personal choice, and many vapers experiment with both before choosing one.

To learn more about these vaping techniques, keep reading this guide.

What Are These Vaping Styles?

What exactly is MTL vaping?

MTL vaping, also known as mouth-to-lung vaping, involves drawing vapour into your mouth before drawing it into the lungs. After that, the vapour is exhaled.

This style of vaping is the closest thing to cigarette smoking because it mimics the process of keeping the fumes in the mouth for a minute before pulling them into the lungs.

What exactly is DTL vaping?

DTL (direct-to-lung vaping) is when the vapor is pulled straight to the lungs without passing through your mouth. This process is more akin to inhaling the vapor like air and afterwards expelling it.

DTL vaping allows you to exhale large plumes of vapour, referred to as clouds, because no part of the vapor evaporates in the mouth before being taken into your lungs. This may seem extremely stunning and is among the most appealing aspects of DTL vaping.

How to Vape Using These Styles

Knowing how to do the different vaping techniques is critical to your success in applying either. How are the two styles performed? Find out.

How does MTL vaping work?

While this may appear to be a simple question, it is something that every vaper should know.
Vaping varies from cigarette smoking in a few respects, but the MTL form of vaping closely mimics smoking a cigarette and only differs in minor areas.

The air is drawn in as the vapor inside your mouth is then inhaled into the lungs. The vapor is then expelled. For whatever reason, it does take some folks a very long time to comprehend what an MTL throat strike means.

How to use a DTL vape

Start by inhaling slowly and steadily for three to five seconds to practice DTL style. Here, soft puffs are preferred. Allow the vapor to directly enter your lungs as this technique does not need for holding the vapors in your mouth. Exhale those substantial clouds after that.

What You Need To Vape

You will need different things to vape successfully. We have discussed them in this section.

What are the requirements for MTL vaping?

The majority of vape cartridges and pod systems are suitable for MTL vaping. It is recommended to utilize a coil with a resistance of at least 1.0 ohm if your device demands one. Do not use a sub-ohm vape.

You only need to think about the flavor and intensity you desire when choosing an e-juice for MTL vaping.
Whereas the VG/PG ratios are less important for mouth-to-lung vaping, it’s still advisable to choose one with a 50/50 or even greater PG proportion.

When you inhale the vapour, PG is what gives you the throat-hit that is identical to what you get from smoking cigarettes. A greater PG percentage in your e-liquid may be what you want if you desire a smoking-like sensation.

What equipment do you need to vape DTL?

DTL vaping frequently involves the use of a mod kit. You’ll need a sub-ohm coil in your kit to vape DTL. For cloud chasers, this sort of gear may produce larger vapour clouds.

You must be careful when selecting your e-liquid since the vapour is sucked right into the lungs. You require a very weak e-liquid with a higher VG content.

Because the vapour directly hits the lungs, the effect will be more severe. If your e-juice has excessive PG or nicotine, you may feel quite uncomfortable and probably have a cough.

Cloud chasers can choose nicotine-free e-liquids with 100% VG since they will produce the greatest plumes with the lower level of discomfort.

The choice of PG/VP ration also differs in the two types of vaping. This is highly important and calls for careful attention. For newbies, choosing the incorrect PG/VG ratio may either make or break the whole affair.

An important thing to keep in mind is that most MTL vaping systems are compatible with the increased PG concentration.

It has sometimes been reported that novices tried utilizing 90% VG e-juices in their vape pens and pod mods and incorrectly blamed their devices for dry hits.

Since VG has a higher viscosity than PG, which makes it difficult to wick in the comparatively small Mouth-To-Lung coils in this instance, the issue is not the device’s fault. PG is also renowned for being an effective taste transporter.

Furthermore, because MTL vaping is considered a suitable alternative to smoking, the hit provided by the PG component and the high level of nicotine may seem more pleasurable to the user.

A 50/50 VG/PG ratio provides a satisfying hit and promotes vapor generation. Better vapor output and a gentler vaping experience are provided with a 60/40 VG/PG ratio.

Many modern MTL vape devices operate admirably with a 70/50 VG/PG ratio. However, it is wise to validate the ratio that works best for the particular device.

DTL equipment, in contrast to MTL devices, is better suited to greater VG concentrations to produce a pleasurable and seamless vaping experience.

A 60/40 VG/PG ratio will provide a reasonable amount of cloud, a little throat impact, and a pleasant taste.
The most popular mix often has a 70/30 VG/PG ratio, which produces plenty of clouds, a satisfying throat punch, and nice flavor.

A 80/20 VG/PG mix will produce flavorful clouds with a smoother throat impact.

Good taste, more and heavier clouds, as well as a smooth hit, may all be expected from a 90/10 VG/PG ratio.

The final outcome will be pristine clouds and a beautifully smooth sensation if the e-liquid is 100 percent VG. Vapers who are PG cautious prefer it.

With MTL, you can use e-liquids with a higher nicotine strength. Ex-smokers will undoubtedly need vape juices with a greater nicotine level (between 12 and 20 mg/mL), and MTL is the ideal choice.

It’s simple and feasible to adjust the e-juice instead of scaling it up or down if it doesn’t meet your demand.
Nic salt vape liquids are permissible with MTL vaping. These e-juices provide a significantly smoother hit despite the considerable amount of nicotine they contain.

Additionally, they deliver a stronger nicotine dose than freebase nicotine e-liquids since they are taken into the body faster and more efficiently.

The strength of nicotine for DTL vaping

For DTL users, e-juice with a nicotine content of 6 mg or less is advised. Most vapers who use this approach prefer a 3 mg nicotine dosage.

The sharper the throat impact when utilizing sub-ohm equipment, which is mostly employed in DTL vaping, the stronger the nicotine is. In certain cases, discomfort, rather than satisfaction, might result from this.

What are the best coils for MTL vaping?

Mouth-to-lung vaping typically uses a coil with greater resistance since it requires less vapour. This was traditionally greater than 1 Ω in most cases.

READ RELATED STORY
Quick Tips to Vape at Your Workplace

However, as coil technology advances, you may now come across a coil designed specifically for MTL vaping that has a resistance of less than 1 Ω. Thankfully, they are habitually labelled “MTL” to evade confusion.

What are the best coils for DTL vaping?

For DTL vaping, more vapor is typically preferred. Consequently, you should use a coil that has lower resistance. Coils may have a resistance as low as 0.1 Ω. Most users choose coils with less than 1 Ω resistance. A coil with a resistance of 0.5 is an excellent place to start.

The design also helps; it’s not simply the resistance that matters. DTL coils frequently include a mesh pattern. Mesh coils have the benefit of increasing the area where the e-liquid and coil come into contact, which enhances the quantity of vapor.

The tanks’ airflow determines whether the equipment is suited for MTL or DTL vaping.

An MTL vape device has restricted airflow since, while inhaling, this causes oxygen deficiency in the lungs, which will absorb any vapor taken, making hits more convenient.

Most tanks used for DTL vaping include the ability to change the airflow.
Whenever the airflow is open, more air is likely pulled from the device’s tank and unhindered into your lungs.
Longer hits, effortless cloud creation, and a fantastic experience define this. Blocking the airflow makes the vape stronger, warmer, and more constrained.

The Advantages and Limits of MTL and DTL Vaping Styles

The following are the benefits and limits of the MTL vaping style.

The following are the pros and cons of DTL vaping:

Which is Better for You?

It is important to note that neither of the two is better than the other. Instead, each has its own capabilities, meaning that the choice depends on applicability and personal preferences. We have developed a simple guide to help you choose one for you, especially if you are a beginner.

Who should use the mouth-to-lung style?

The MTL style will be easier for you to use if you’re new to vaping after quitting tobacco cigarettes. Mouth-to-lung vaping, as I’ve already indicated, is the closest to resembling smoking.

So, if you’d like to revisit your cigarette smoking days in a better way, choose this approach.
The MTL style is also ideal for individuals who would like to feel the taste and texture of their vape e-liquids instead of inhaling clouds. You can only utilize this method on low-wattage devices that also have high-resistance coils rather than sub-ohm coils, which leads to the absence of cloud formation.

Unfortunately, low-wattage modifications cannot create substantial clouds, so the MTL style is unsuitable for you if you wish to puff smoke.

On the plus side, the MTL method can enable you to vape in a busy setting while taking in much more nicotine without drawing attention to yourself. Adopting the mouth-to-lung style will also be simpler on your pocketbook because it consumes less e-liquid.

Who should utilize the DTL method of vaping?

Do you want to exhale as much air as possible and create big clouds? If so, use the DTL vaping technique.
Just keep in mind that you are also blowing money away when you create clouds. You would need to constantly buy fresh bottles of e-juice because the DTL style necessitates heavy use of high-VG e-juice.

Finally, it will take some time to become acclimated to the direct-to-lung vaping technique if you are a beginner.

Vaping devices come in several varieties and give various experiences. You must determine what suits you the best. Choosing the appropriate device will be aided by your knowledge of the MTL and DTL differences.