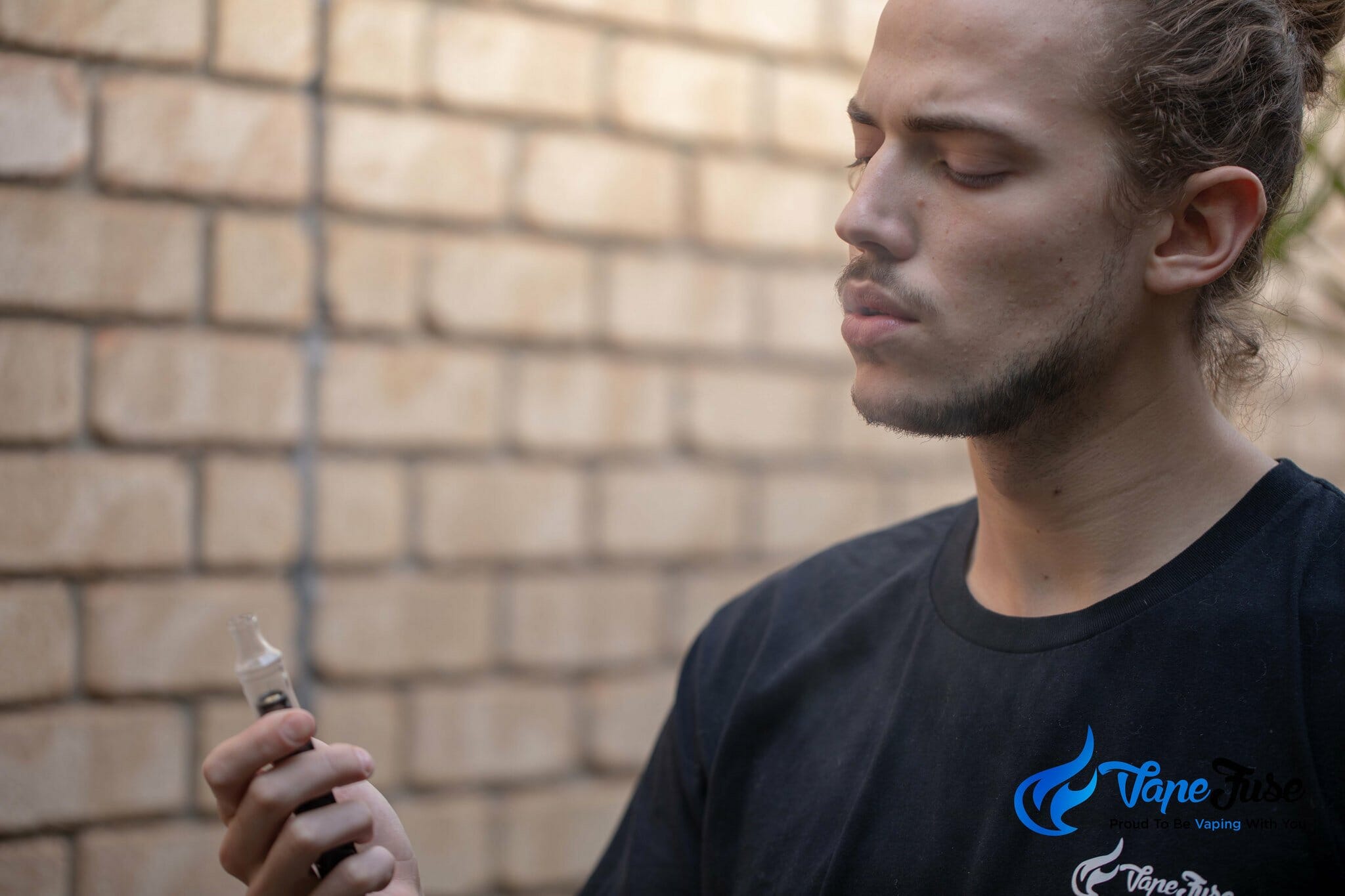 Our mates over at @crave_vapes down in Melbourne have recently come out with their pilot concentrate vaporizer, the Crave Quantum.

Concentrate vapes are the easiest and most discreet way to consume your dabs for now. While Puffco Peak’s and CloudV ElectroMini’s may be an awesome at-home alternative to hitting a dab off a nail or banger, they are still too bulky to use on-the-go 24/7. 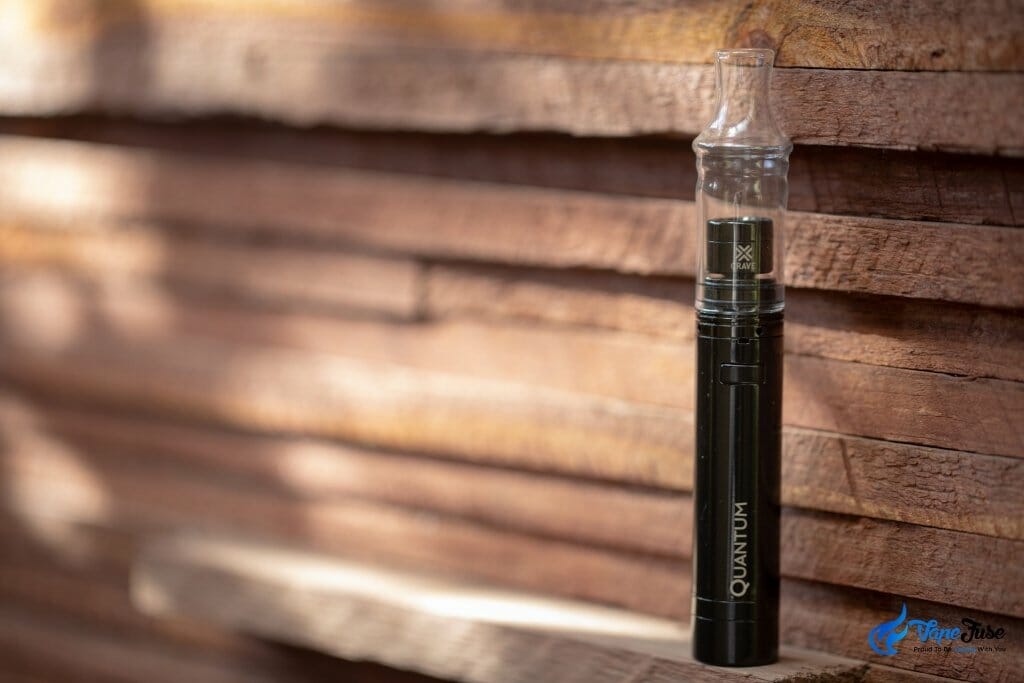 Make sure to burn off your coils before hitting your first dab. This should be a common practice for every vaporizer you buy, as manufacturer oils, dust, and other particles can play havoc on your lungs. 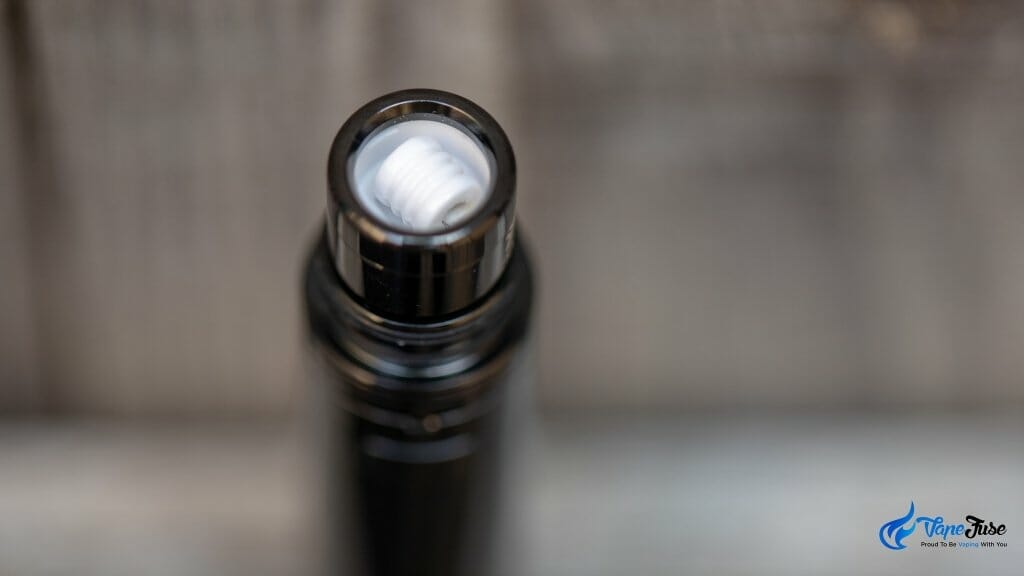 The first of the two all-ceramic atomizers is the traditional coil shape, which is perfect for atomizing small dab-sized amounts of concentrate in a matter of seconds.

Crave markets this atomizer as the ‘Low Volume Coil,’ as it is shaped to heat up super fast and generate quick, terpene-rich clouds of concentrate vapor.

The majority of the wax is vaped within the first five seconds, but a residue will slowly build up under the coil and help to juice up the following dabs! 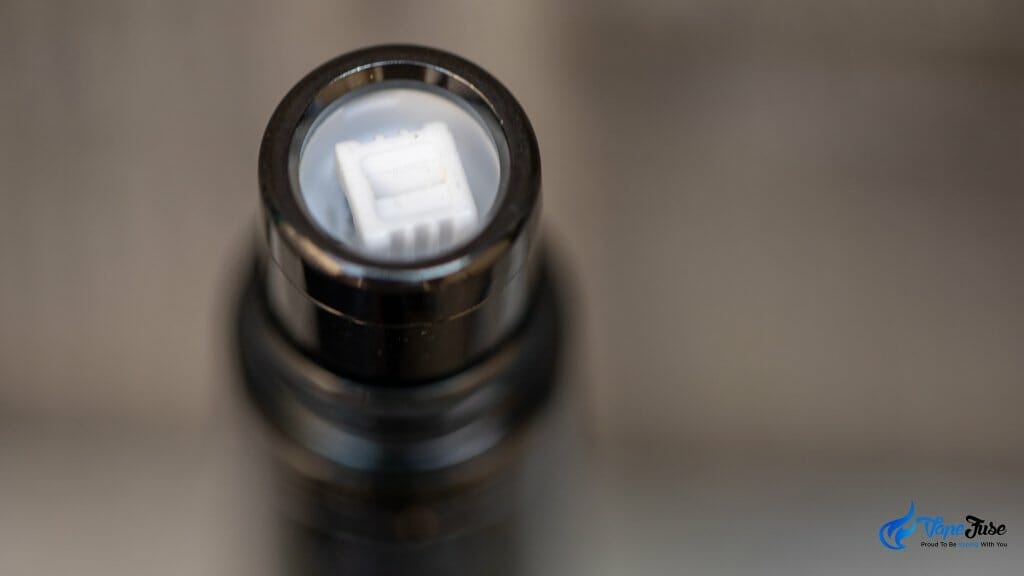 With their second atomizer, Crave Vapes has really pulled one out of the box! I’ve never come across an atomizer as intricate as the Crave Quantum’s ‘High Volume Coil.’

This coil takes a little longer to generate vapor, but the large interior wax chamber allows you to load in huge globs of concentrate at a time. 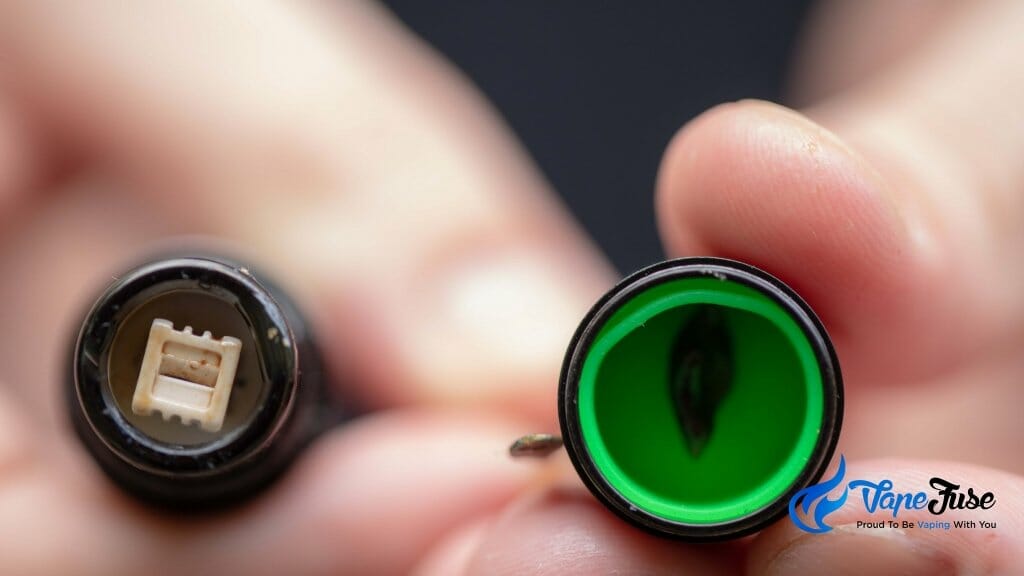 Crave has gone down the same line as the Puffco Pro and X Max V-One Plus by including a concealed silicon-coated wax container in the base of the device.

This handy little tub allows you to load up over a gram of dabs to take on-the-go and load up at your leisure. As long as you’ve got a little loading tool handy you can dab for days! 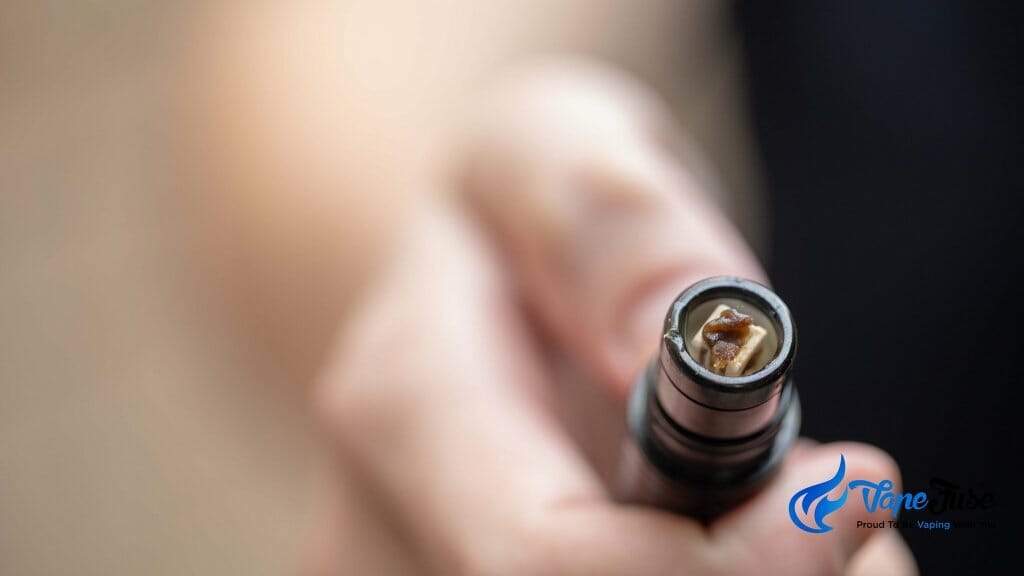 I was recently in Denver visiting our new writer Scott Green, I got him to snap some shots of me hitting the Crave Quantum for this first sesh post and got to sample on some rocky mountain magic!

The ‘High Volume Coil’ was totally unique to me so I wanted to give it a good christening. Scott’s local dispensary got us sorted with some Blackberry Kush rosin and we were off and testing. 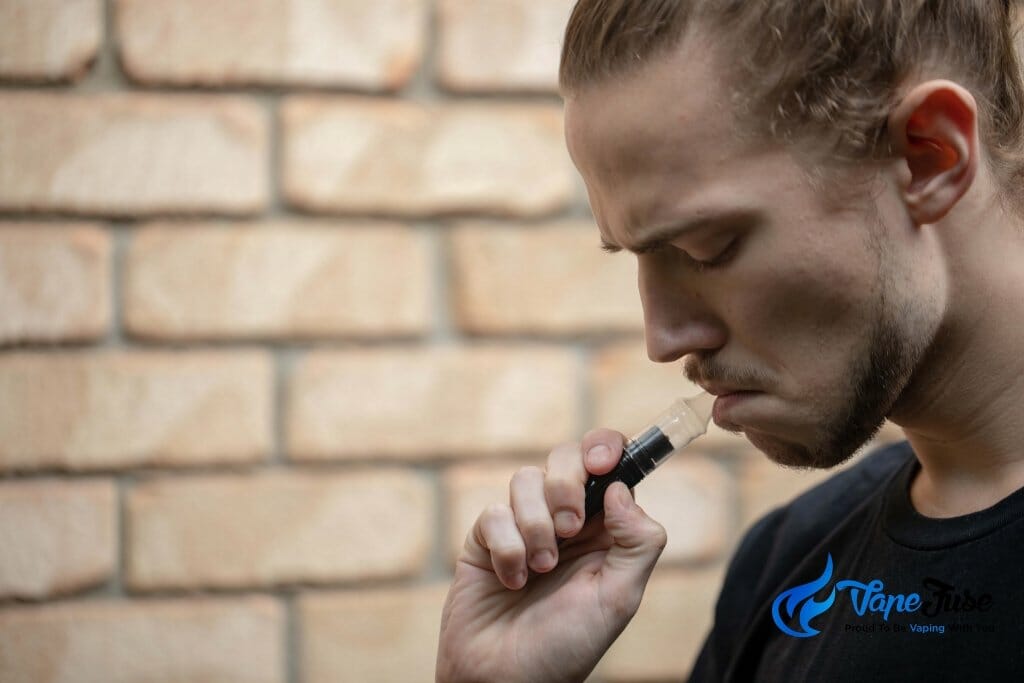 Out-of-the-box, the Crave Quantum wax pen comes equipped with a glass dome mouthpiece with a wide-set vapor path. This helps to cool the vapor and provides great airflow.

With the Quantum’s box-style coil, you have to press the button for a couple of seconds to melt the wax into the interior chamber. From there on you can draw large terpy hits time and time again! 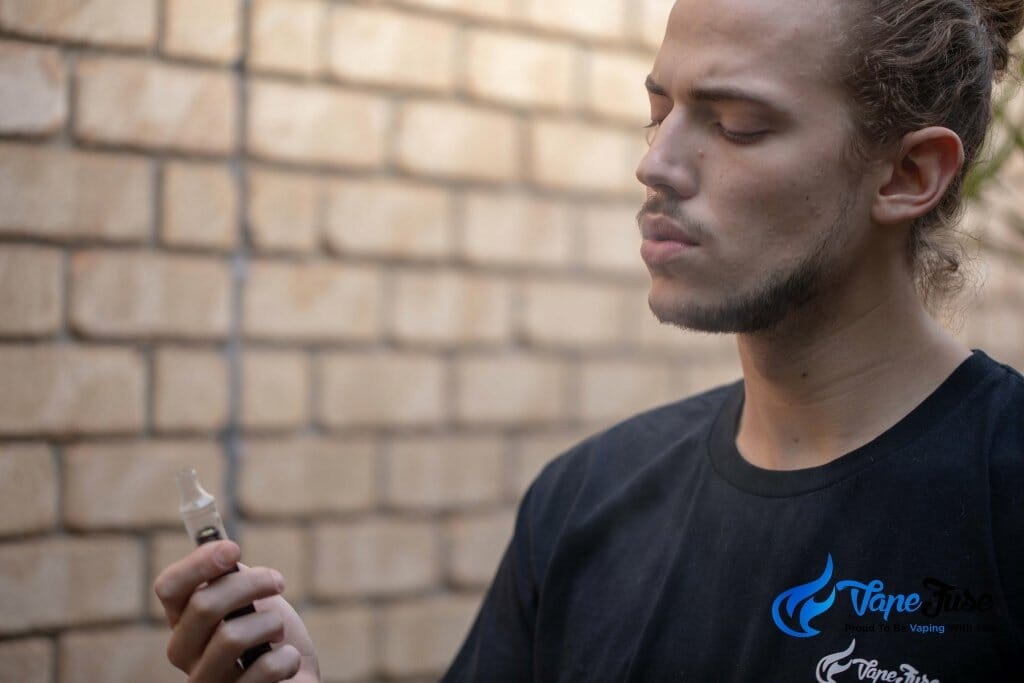 The ceramic and glass vapor path was able to generate some truly remarkable vapor and was reminiscent of the X Max V-One plus, which happens to be my favourite wax pen.

With the V-One Plus’ ceramic donut atomizer it’s slightly more economical but Crave Quantum’s sweet concentrate vapor would impress even the most seasoned wax connoisseur. 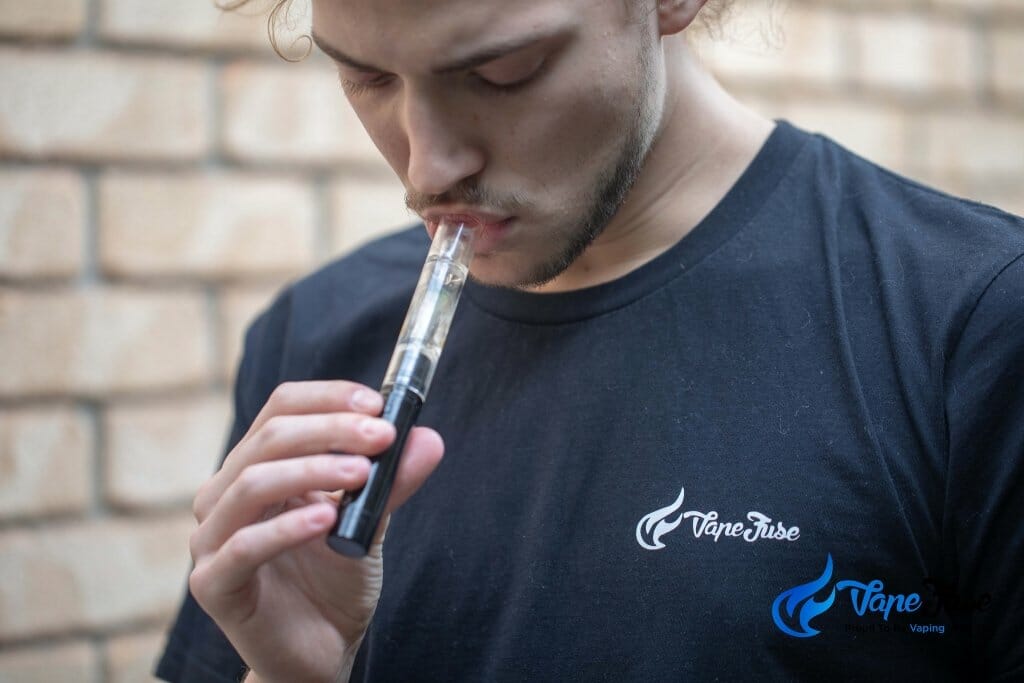 If you’re more into dabbing than hitting your wax directly through a mouthpiece, the Crave Quantum concentrate vape offers an optional glass aqua-bubbler attachment that helps to improve the vaping experience.

Aqua-bubblers help to cool down the vapor emitted, and allow you to take larger smoother hits. This obviously limits the portability a little, but it’s awesome to have around when you’re chilling a home. 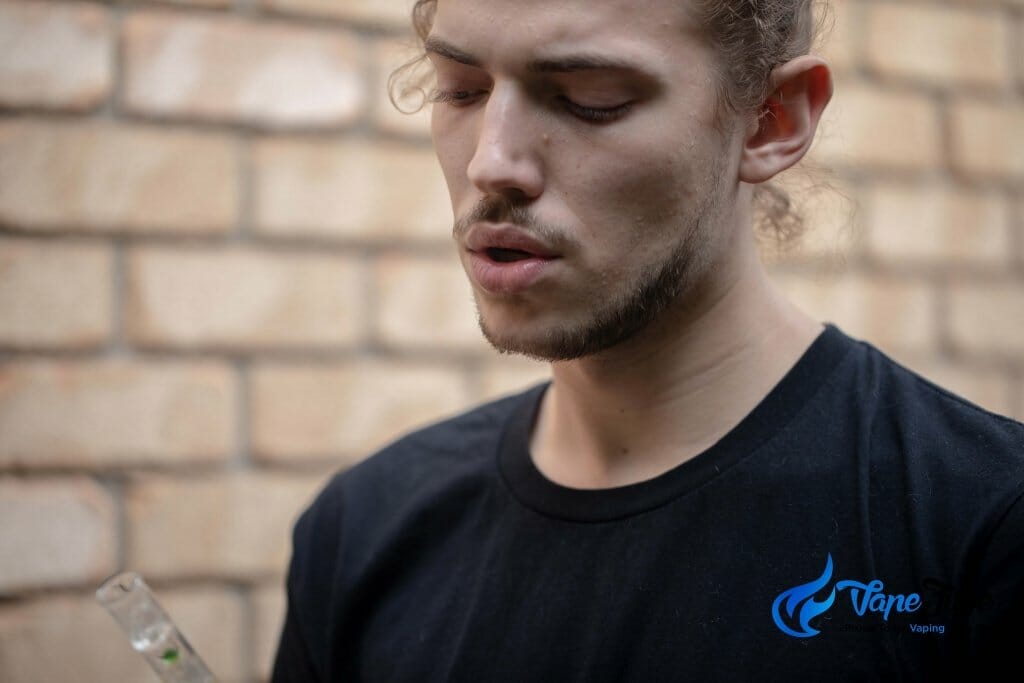 I found that the aqua-bubbler helped to improve the vapor experience and would definitely use it most of the time. That being said, I appreciate the portable nature of the pen. For concerts and parties, the glass mouthpiece would definitely get a workout.

Keep an eye out for the Crave Quantum in the VapeFuse online store, and check out the rest of my concentrated reviews here!