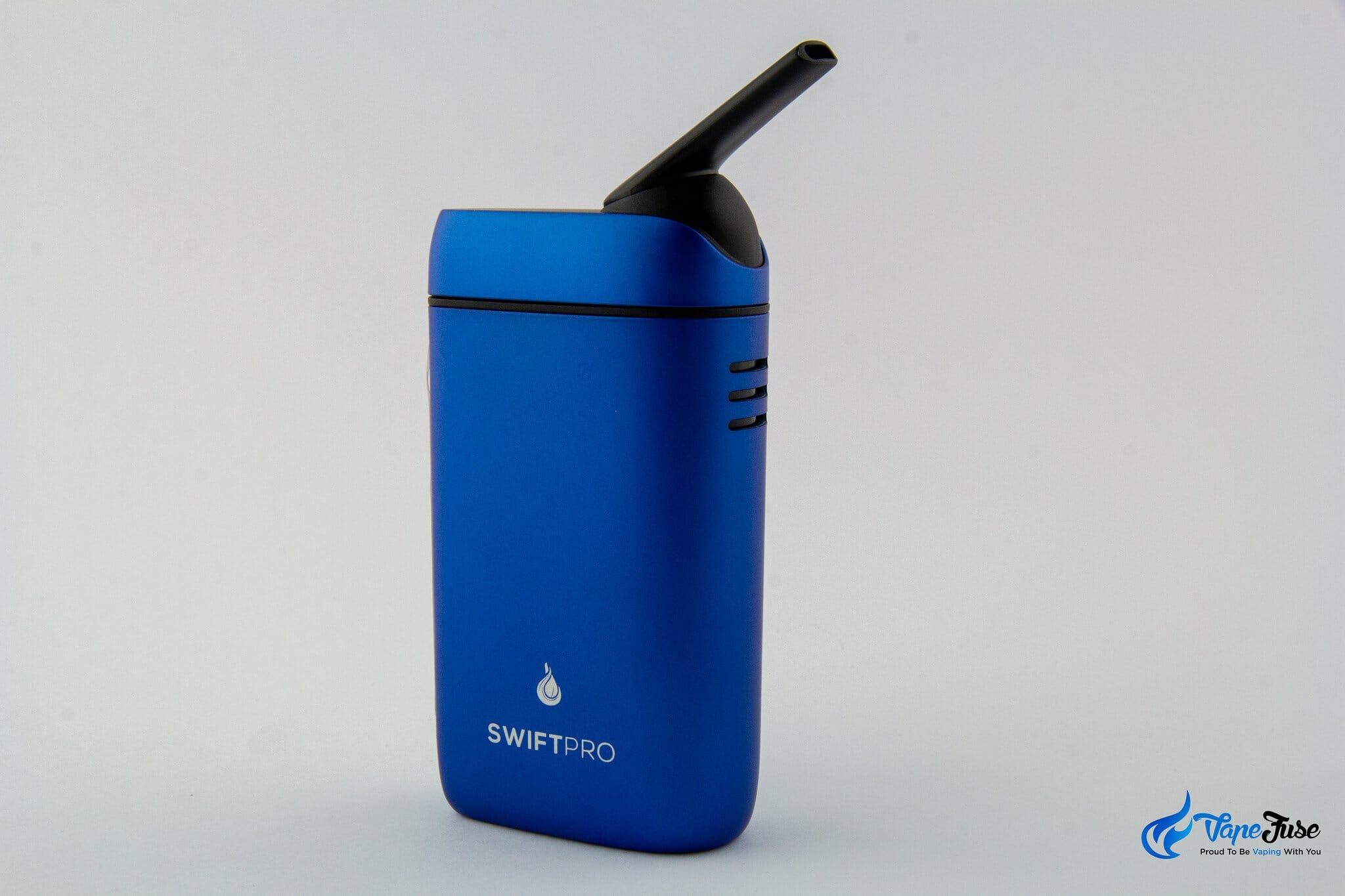 April has been the month of new products here at VapeFuse! We’ve recently gotten in a bunch of great tester products to review; like the TopBond line of portables, the PAX 3 and the Da Vinci IQ!

What that means, aside from that last line rhyming (ya boy got bars), is that I have been able to compare all of these new vapes to the products we already have in stock and decide on what we’re going to put in the store!

It brings me great pleasure to introduce you guys to the latest awesome portable to make the cut and join the VapeFuse family; the Flowermate Swift Pro portable vaporizer! 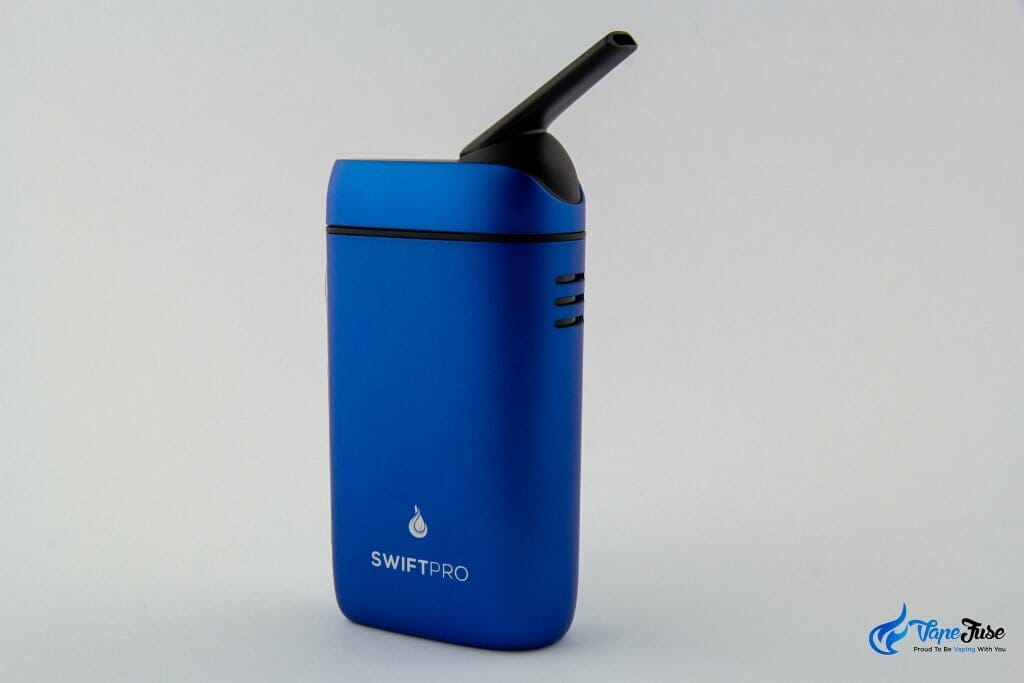 This beautiful little portable utilizes a pure-convection heating method to produce some of the most unique vapor I’ve ever come across!

The Flowermate Swift Pro is the first device I’ve seen to come with interchangeable chamber walls, giving you the opportunity to switch up the material in your vapor path and experiment with a bunch of different flavor profiles.

If you’re on the lookout for an awesome little portable that packs a punch and isn’t too heavy on the wallet, check out the Flowermate Swift Pro! It’s got a taste that’ll blow you away!

Just like the Flowermate V5 Nano, the Swift Pro features an all-new upgraded packaging. Flowermate have always gone above and beyond in terms of presenting their vapes, and the Swift Pro is one of the same!

Available in red, green, black, and blue, the color of the Flowermate Swift Pro’s box will indicate which model you’ve picked up!

The Swift Pro impresses out of the box. Its ultra-sleek finish shines even in the darkest sesh rooms, and with the full OLED display, you don’t even have to worry about turning a light on before you blast into your session!

I love the way this device feels in the hand. It’s comparatively lighter to the new Flowermate V5 Nano model even though it’s quite larger, with this mainly being due to the lack of a removable battery. 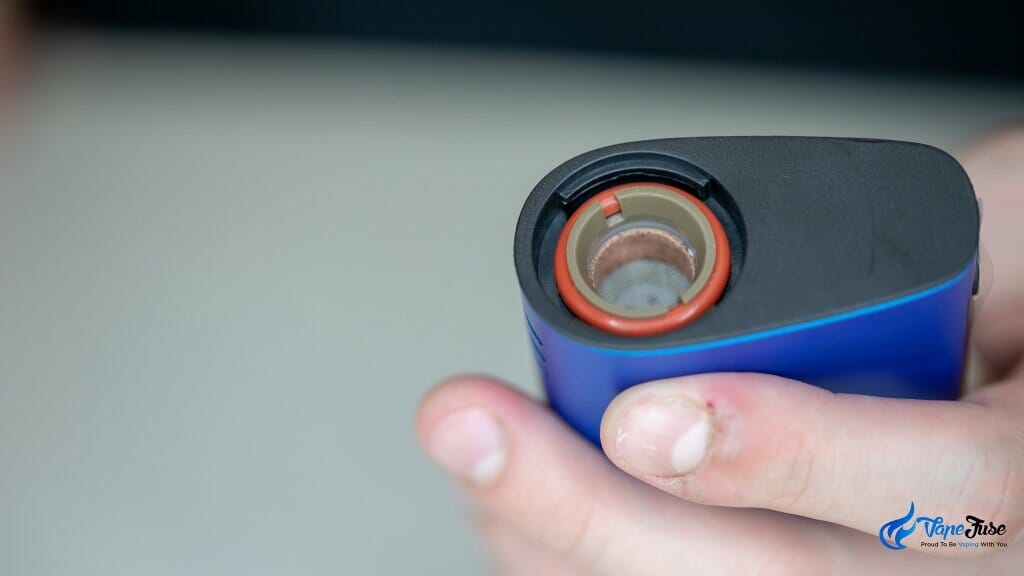 If you love the vapor the Storz & Bickel Crafty produces, the Flowermate Swift Pro is going to be a new favorite of yours.

Keeping in the same style as the V5 PRO line of Flowermate vapes, the Swift Pro features an embedded ceramic heating element.

This element works in conjunction with the stainless steel chamber screen and interchangeable chamber wall to produce some truly magnificent convection vapor. 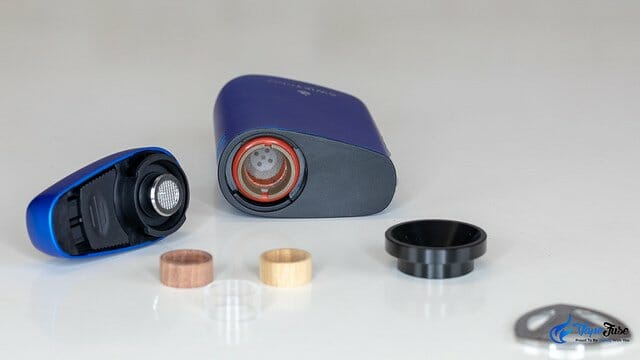 The Swift Pro’s chamber is unlike anything you’ve ever come across. Not only is it the first time I’ve come across a vape with removable chamber walls, it’s also the first time that I’ve seen wood used in a vapor path!

Kudos to Flowermate for the innovation, the sweet earthy flavors that are emitted when enjoying a session through a bamboo chamber are next level.

You’ll love being able to experiment with a number of different vapor types and flavor profiles, and will have an awesome time finding your optimum vaping experience. 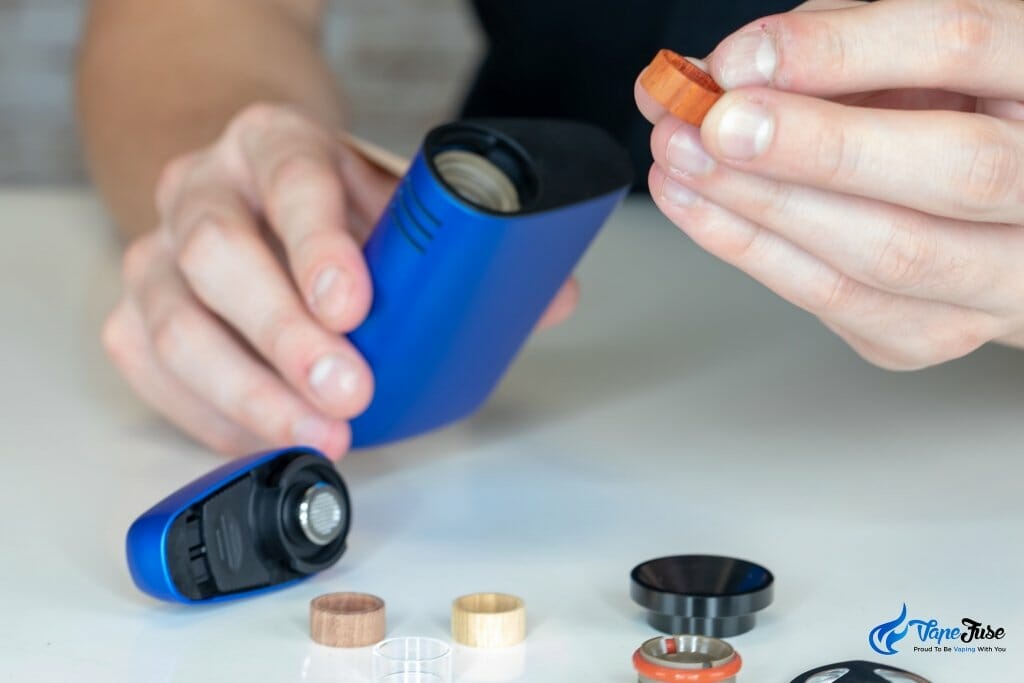 Constructed from Bamboo, Quartz, South American Palisander and African Palisander respectively, the ringed chamber walls can be easily removed via the use of the stainless steel chamber tool. This device works like a screwdriver to twist out the current chamber.

The cooling unit is similar to that of the X Vape FOG, and is relatively easy to maintain as long as proper care is taken throughout the cleaning process.

If this vape is kept clean it’s going to be your go-to for immaculate vapor production. The sweet and subtle flavors that float through the chamber are unlike anything you’ll come across. 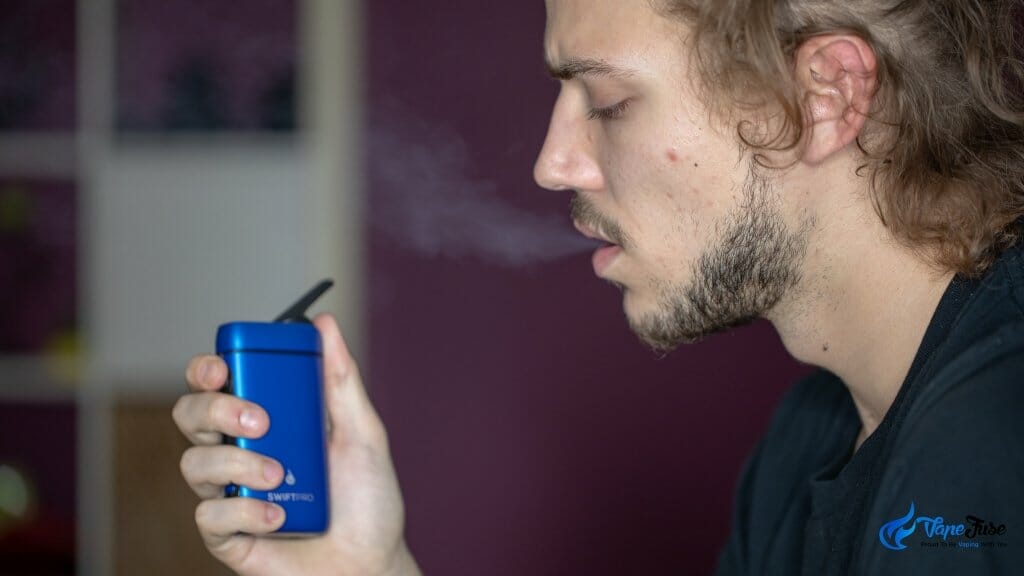 This portable is a must-have for connoisseur vapers and flavor fanatics alike. It’s relatively affordable and offers a 3-year warranty to ensure it from all defect.

You’ll love the freedom of being able to switch it up between chambers at your own will! This is the perfect portable for the active vaper in all of us!

Grab yourself a Flowermate Swift Pro portable vape in the VapeFuse store and get vaping today!