Most apps related to vaporizing in any shape or form are completely gone from the Apple App Store. First, we’ll go through what happened and then walk you through what the solution is.

Why did Apple delete vaping apps from the App Store?

Shortly after the first death associated with vaping, Apple stopped accepting new vaporizer related applications. No new vaping apps have been added to the App Store since Jun 2019.

The possibility of further actions was written on the wall in some sense, however, we didn’t expect the existing apps to be pulled from the App Store.

They did just that and begun to pull off pretty much all the apps that have anything to do with vaping on 15 November 2019.

When I search for “vape” or “vaporizer” in the App Store, nothing comes up.

Are herbal vaporizer apps deleted by Apple as well?

Yes, most if not all of the dry herb vaporizer applications have been pulled from the App Store. This is really bad news for manufacturers and users alike. High-end dry herb vaporizers, such as the Crafty vaporizer as well as the new Volcano Hybrid by Storz & Bickel, the Davinci IQ, the GHOST Vape, PAX 3, Firefly, pretty much most top of the class herbal vaporizers utilize a mobile app to various degree.

Well, they did until now as this is what I got when I searched for any of the above vaporizer companies’ apps this morning.

In the age of smart devices, a mobile app seemed a logical choice for most aspiring herbal vaporizer companies. Vaporizers are crying out to be made smart and as user-friendly as possible.

Despite this match made in heaven, Apple decided to remove all dry herb vaporizer apps from its app platform starting on 15 November 2019.

Some vaporizers such as the Pax 3 and Davinci IQ are heavily reliant on the mobile application for anything other than the very basic functions. On the Pax 3 you are unable to set the vaporizer’s temperature by the degree without the mobile app. 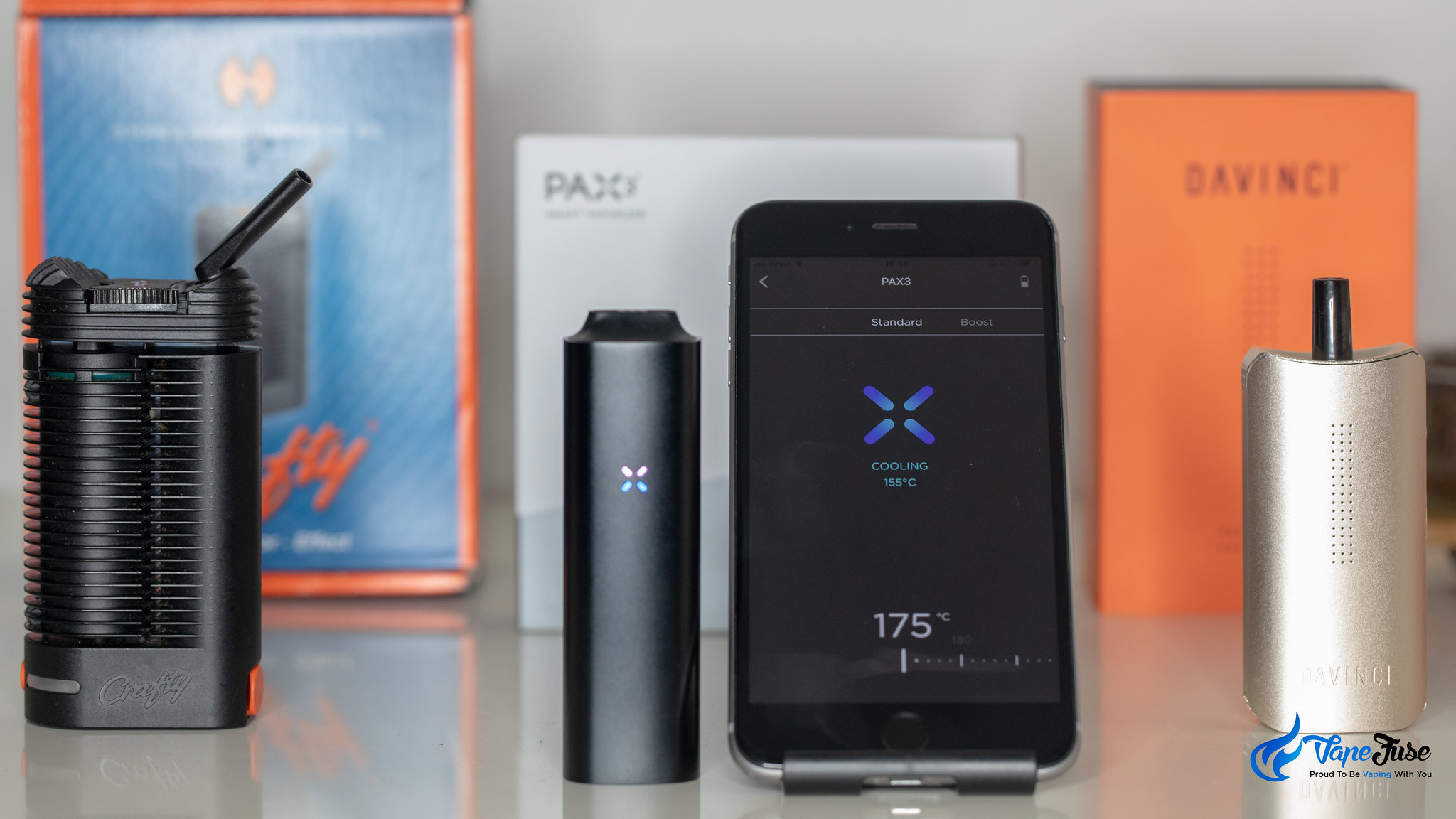 The Mobile App deletion must have been very disappointing for PAX as they had sent out a promo email about their new app update 2 days before, titled “Say hello to the game-changing app update”.  They must have put in a ton of effort and time into the development of their new App only to be deleted in 48 hours altogether. 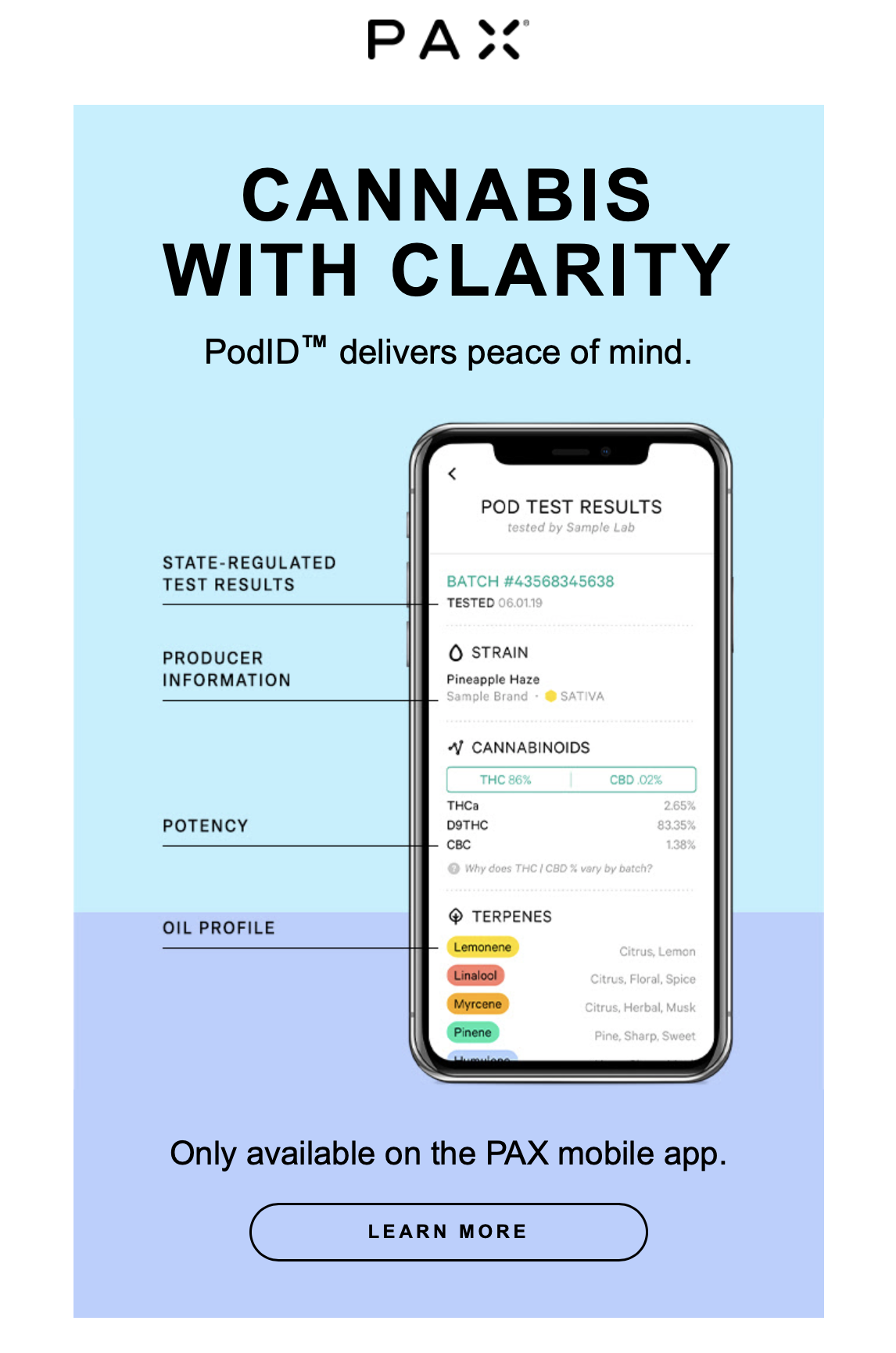 Another dry herb vape heavily reliant on its mobile app is the Davinci IQ. The smart paths on the Davinci IQ can only be customized through the mobile application. Although, you can set the temperature by the degree on the device. 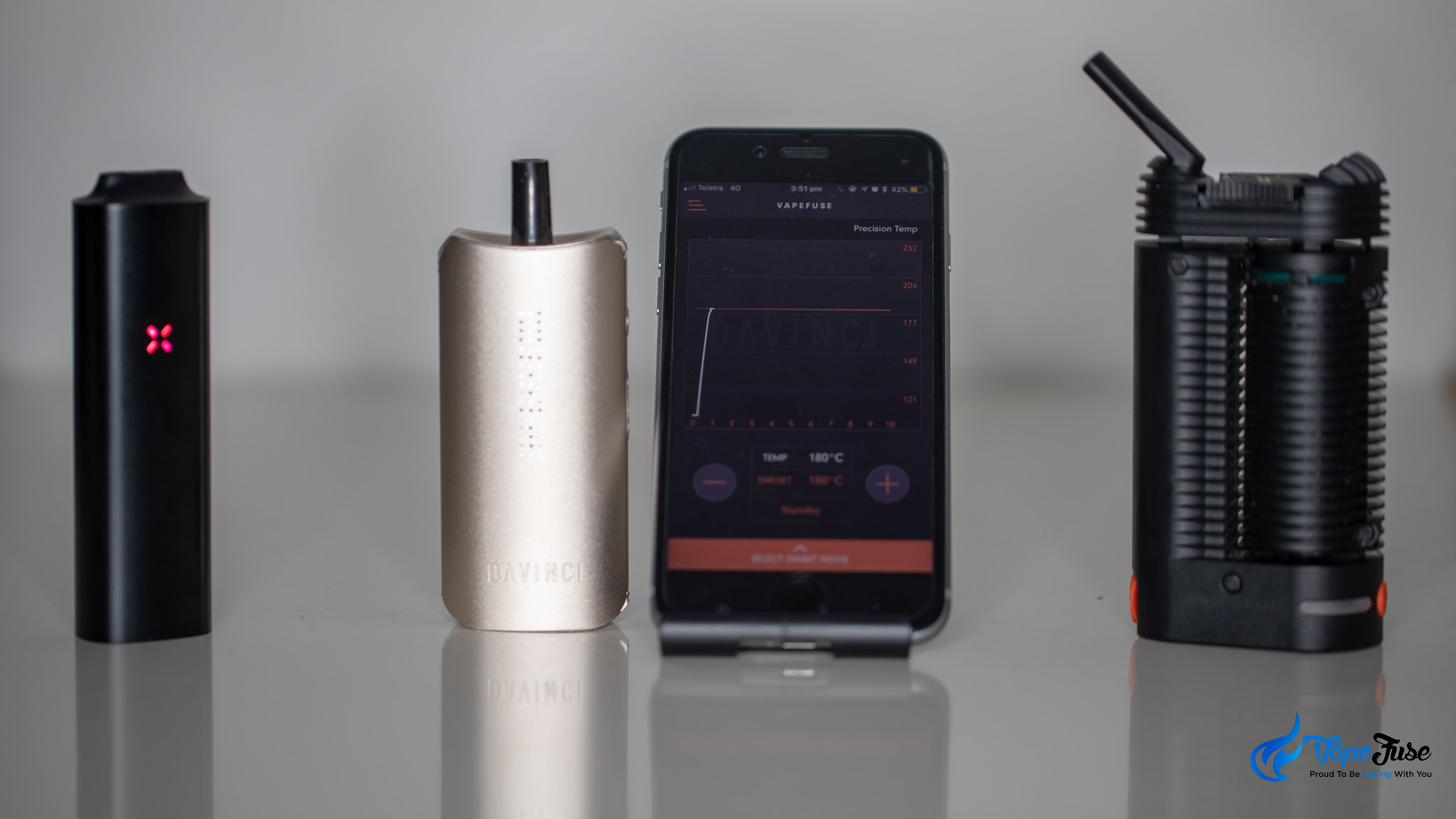 The Storz and Bickel app also seems to be gone, I tried to search for it in the Australian App Store and nothing comes up. Storz and Bickel has also put significant efforts into its app and the Crafty vaporizer can really only be turned on and off without the app. You can also boost the temperature, but you can’t customize the temperature you boost it by.

READ RELATED STORY
5 Ways to Use Vaping to Reduce Stress 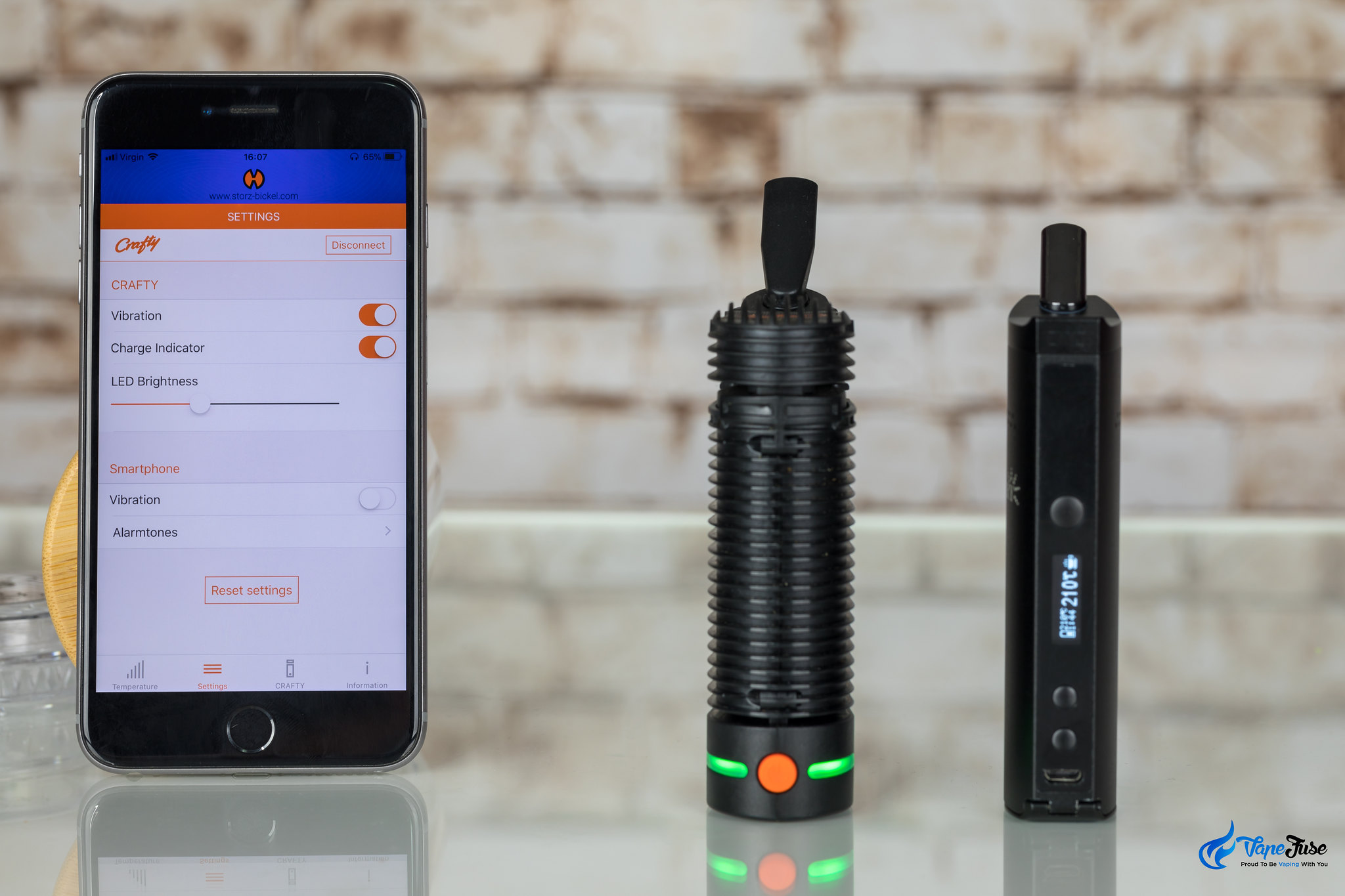 The new Volcano Hybrid is also connected to the Storz and Bickel mobile app, causing further challenges to the German company that was recently acquired by Canopy Growth Corp.

The Ghost Vapes app for their MV1 vaporizer is also gone. The Ghost MV1 is also heavily reliant on the mobile app for full functionality. You can turn the device on and off and toggle between temperature settings, but losing out on a lot of the vaporizer’s features without the mobile application. 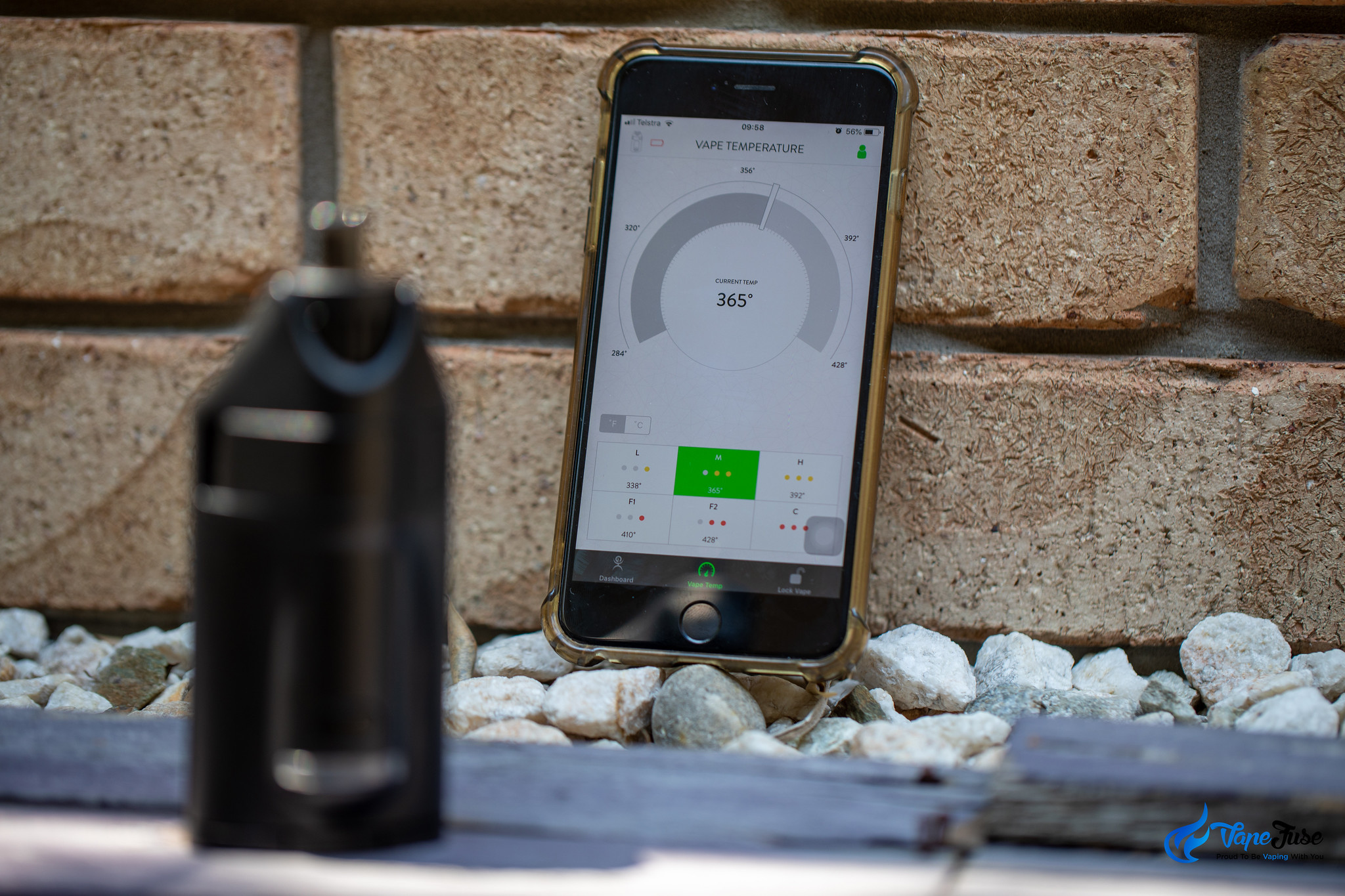 Yes, at this stage if you already have a vape app on your mobile device, you can continue using it and install that particular app on new devices with your account. All existing installs are safe for now, so you can continue to use your app… for now.

How can I operate my new vape now without the mobile app?

If you have recently purchased one of the above-mentioned vaporizers and you haven’t downloaded the mobile app yet, you are a little unlucky. You are still able to operate your vaporizer manually, however, you may be seriously restricted in terms of features.

Try to contact the retailer or the manufacturer of the vaporizer you purchased and ask for their advice.

If you have any experience to share, please feel free in the comments section below.

Solutions by Vaporizer Manufactures Since the Apple Store Ban

Since the Apple vape app ban in November 2019, vape manufacturers worked out web-based solutions for their apps.

In late January 2020, Storz and Bickel emailed their customers with the following email. 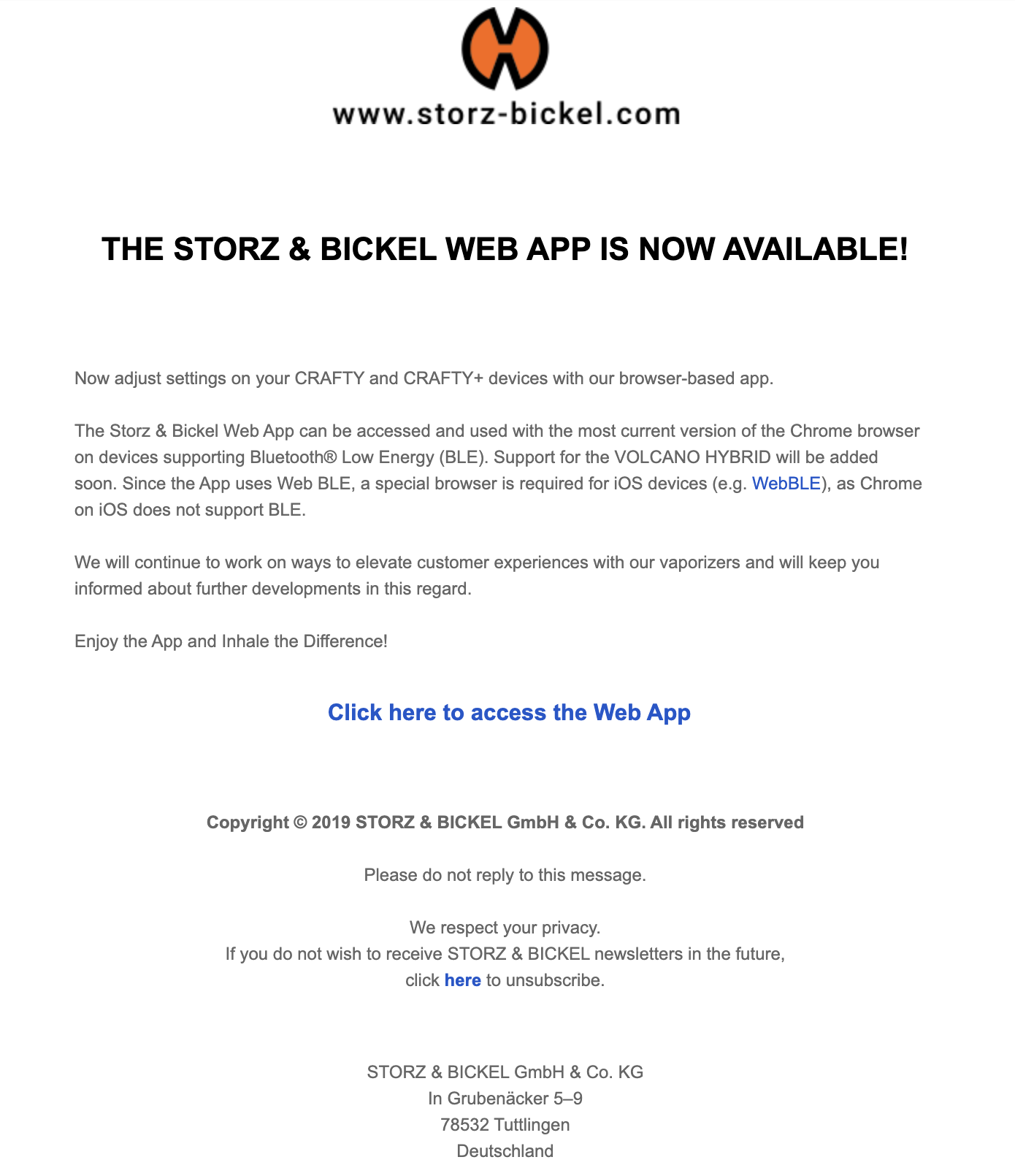 You can access the Storz and Bickel web app here.

PAX launched its web app on the 2nd of June 2020 and it works in the Chrome browser on both Windows and Mac. It doesn’t seem to be working in the Safari browser or any other browsers but Chrome at this stage. I am typing this on launch day, so it is still early. Other browsers may be included over time.